Red Bull: Everything worked as it should 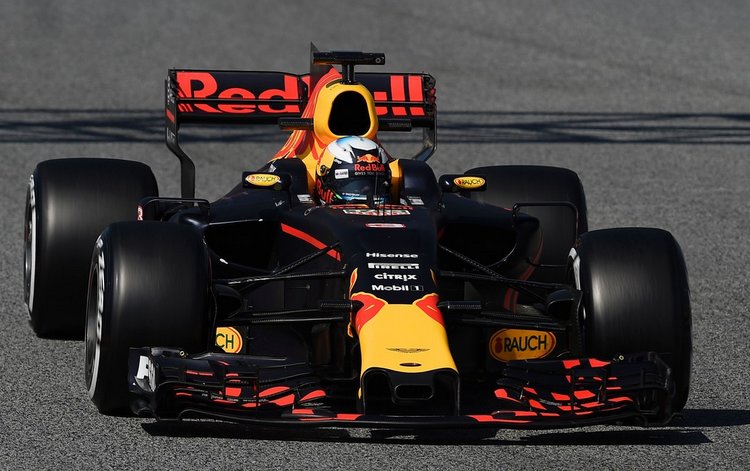 The penultimate day of pre-season testing saw Daniel Ricciardo post the largest lap total of his four days at the wheel of the RB13 before the season-opening Australian Grand Prix, with the Australian driver working through 128 laps of the Circuit de Barcelona-Catalunya.

With no recurrence of the issues that hampered progress yesterday, Daniel was able to complete a full programme including a race simulation in the afternoon.

Commenting on his final pre-season test day at the wheel of the RB13 Daniel said: “We did almost 130 laps with no issues, so that was positive. For me, today was pretty good. The race sim was OK, it was good for me to get the laps in, to put myself through it physically. You do feel it, it is definitely more physical, but I think I pulled up well and I’m pretty happy about that. In terms of our performance, I would say on day one of this week’s test we looked competitive, within a couple of tenths, but today it was maybe a little more. I do think our true pace is closer though. We have a bit to learn still, but I think Melbourne will be another story and I think we’ll see a bit more on both the power and aero side. I think we’ll be competitive.”

Head of Race Engineering Guillaume Rocquelin added: “Today everything worked as it should and we were able to run as we wanted. Beyond that there’s not much to say really: short runs in the morning, a race simulation in the afternoon, albeit slightly interrupted, the car behaved as we expected and we got through the full programme. All in all, it was a good day’s work by the whole team. For tomorrow, our last day here in Barcelona, Max will take over driving duties and we’ll try to mirror what we did with Daniel on day one of this week’s test – so that will be some short runs, more test items to get through and hopefully at some point we’ll see what performance we can achieve.”