Renault: Our long-run programme was compromised 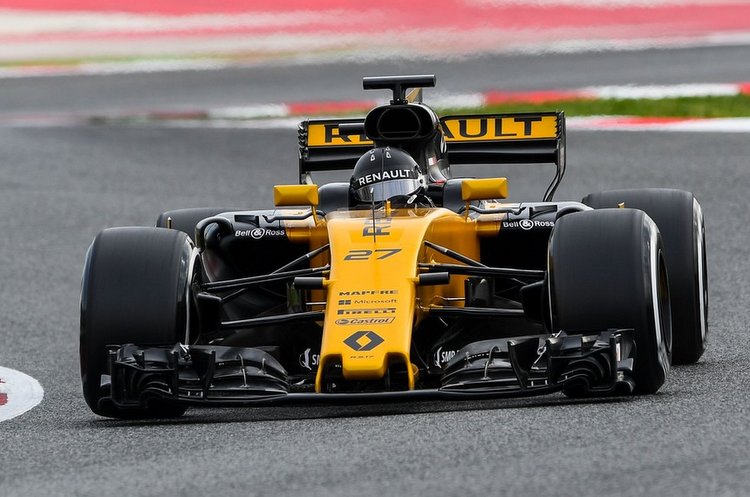 Renault Sport Formula One Team continued the second week of pre-season testing with both Nico Hülkenberg and Jolyon Palmer once more taking to the wheel of the R.S.17 at the Circuit de Barcelona-Catalunya.

Nico drove first, racking-up a tally of 61 laps with a best time of 1:21.239secs – the morning’s fifth fastest time – whilst running through a programme of set-up work.

Jolyon jumped into the car in the afternoon after clutch work was completed, however a hydraulic issue meant his planned long-run programme was compromised. Nevertheless, he completed 29 laps with a heavy fuel load, with a best time of 1:24.774secs.

Nico Hülkenberg: “We’ve made some positive changes to the car since yesterday and I had a solid and productive morning with 61 laps completed. I feel that the car has good promise and we’re making definite progress every time we go out. We know we have a solid baseline which we can work and build on to make a fast car. I’m looking forward to continue work on track tomorrow afternoon.”

Jolyon Palmer: “It was a bit frustrating for me with quite a bit of time sat in the car whilst it was being checked over. Unfortunately, there was some work required before I was due to go out then there was some kind of really annoying pressure leak which would only show its face when I was about to take to the track. It’s one of those things that I’m sure the team will trace overnight, but it cost me track time today. The positive is that Nico had a good morning in the car so we know what is possible.”

Nick Chester, Chassis Technical Director: “We had a promising morning with Nico completing a good number of set-up evaluations, predominantly using the soft and super soft tyres. He posted a strong tally of laps and we were happy with the pace he showed with the programme we were running. The start to Jolyon’s afternoon was delayed whilst we completed routine work on the clutch then, unfortunately, we encountered a persistent hydraulic pressure loss issue which meant our long-run programme was compromised. We’ve made another good step in understanding of the R.S.17 today and hope for more progress tomorrow.”