Red Bull: Not an ideal outing, 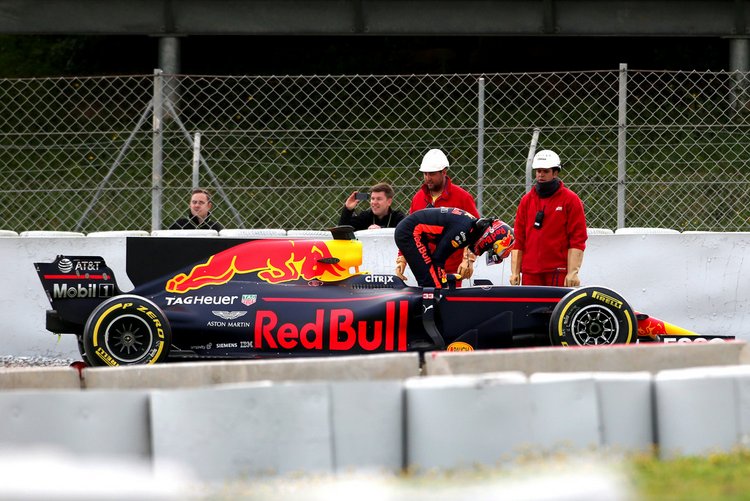 Day Two of the second pre-season F1 test in Barcelona saw Max Verstappen put more than 100 laps on the board at the Circuit de Barcelona-Catalunya, despite a late-morning technical issue that cost the team valuable running time.

The day began with short runs, coupled with pit stop practice, but as the lunch break approached the team detected an issue and elected to undertake an engine change in order to ensure a productive afternoon.

That proved to be the case, and although he was forced to pull over again at the very end of the session, Max managed a day-best total of 102 for the day and best time of 1:20.432, which netted the Dutchman P4 on the timesheet.

“It was not bad today. We had some stoppages obviously but then in the afternoon we almost completed a full race distance, so that was good,” said Max afterwards.

“It felt good, and we got a lot of information today again, which is the most important thing. It was unfortunate that we had to stop at the end but I think we’re pretty confident we can solve those issues without any trouble.”

“The long run this afternoon felt good…. quite long! It’s pretty boring when you’re out there on your own, but everything felt well.”

Head of Race Engineering Guillaume Rocquelin added: “In the morning we again looked at shorter runs and a number of test items, plus some pit stop practice so that the boys can get their eye in before the season starts.”

“But then before lunch we noticed something in the data, and given that we wanted to concentrate on long runs in the afternoon and didn’t want to take any risks, we decided to change the engine.”

“We lost some time but it was the right thing to do as we had a good afternoon and Max was able to work through the rest of the programme. We then encountered another problem right at the end of the day, which we’re looking into.”

“Not an ideal outing, as we would have liked to tick a few more items off the list, but Max got through more than 100 laps today, so we can’t be too dissatisfied. We’ll run a similar programme with Daniel tomorrow but hopefully without any issues.”