Haas: We did most of the program we wanted to do 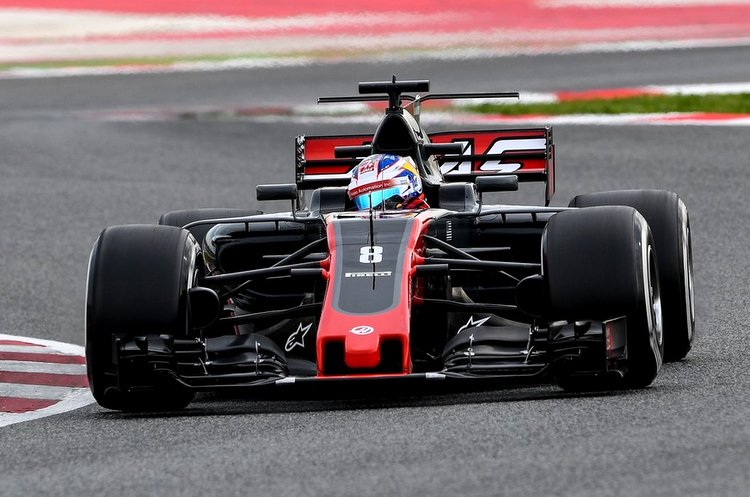 Haas F1 Team driver Romain Grosjean had a methodical day of testing Wednesday at Circuit de Barcelona – Catalunya, amassing 96 laps round the 4.655-kilometer (2.892-mile), 16-turn track. Grosjean systematically worked through a variety of baseline setup configurations on the Haas VF-17 throughout the morning before experimenting with the full range of Pirelli’s tire compounds in the afternoon.

Grosjean’s quickest time was a 1:21.887, earned on his 66th lap while utilizing a set of Pirelli P Zero Purple ultrasoft tires. It placed him 10th among the 14 drivers who took to the racetrack.

The morning session mirrored the schedule teammate Kevin Magnussen followed Tuesday – a series of early laps on the White medium tire after an installation tour on the Orange hard option, followed by a switch to the Yellow soft compound to exploit its increased grip. Grosjean’s best time in the morning was a 1:22.428, secured on his 36th lap. He tallied 54 laps before the mandatory lunch break.

Haas F1 Team ceded 90 minutes of run time in the afternoon to fix an exhaust issue. The shortened run plan meant valuable race simulation laps were condensed following double stints trialing the Red supersoft and Purple ultrasoft tires, the latter of which Grosjean used to secure his fastest lap. There were two red-flag stoppages in the day’s closing minutes, denying Grosjean the opportunity to surpass 100 laps.

Romain Grosjean: “It was a good day in the car. We did most of the program we wanted to do. We’re still evaluating how the car is going and how we can improve the setup and find the weaknesses and strengths. Hopefully, before Melbourne we’ll have the time to make some small adjustments aerodynamically and mechanically to get there and be ready for a good performance. I’m very much looking forward to getting back in on Friday.”

Guenther Steiner: “We got good laps in today, over 90. In the afternoon we had some handling problems, understeer mainly. We need to work on that to get it better. It seems like when it gets warmer it comes up. It’s just one of those things when you go testing you find these things and you find the solutions. We also had a small issue with the exhaust. Every small issue on these cars takes a long time to fix, so we lost 90 minutes in getting it fixed, but nothing particularly bad.”