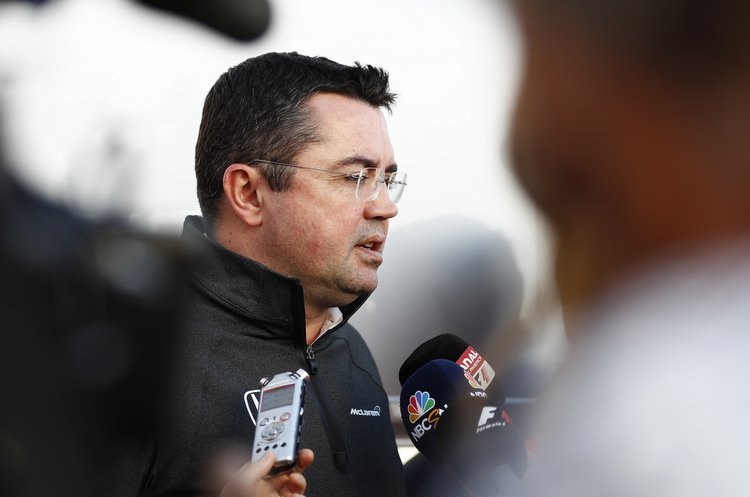 McLaren have admitted that their relationship with engine supplier Honda has been placed under ‘maximum’ strain following another day of reliability troubles in Barcelona.

The British team were keen to bounce back from last week’s disappointing opening test in which a number of engine issues plagued their running.

But on the opening morning of the final week of testing, an electrical fault restricted Stoffel Vandoorne to only 34 laps of Barcelona’s Circuit de Catalunya.

While McLaren replaced the engine, and Vandoorne returned to the track later in the day, a hefty chunk of time was lost.

And when asked how much of a strain the McLaren-Honda partnership was now under, Eric Boullier, racing director for the British team, replied: “Maximum.”

“We are in Formula One, we are racing, and we have to perform. So the pressure is obviously huge and we put the maximum pressure on all of our relationships with Honda, and the same from them.”

“We cannot put a step wrong. We need to be able to deliver the best car as well, so this is both sides.”

The Frenchman added, “We’re hopeful that some of the power unit issues we’ve faced will be addressed in the second specification of engine that we plan to run later this week, so there’s definitely more to come from us and we’ll keep going.”

The latest setback on Tuesday will come as a significant blow, both to McLaren and their beleaguered engine supplier, with just three full days of testing remaining before the season gets under way in Melbourne on 26 March.

McLaren, who have won a combined total of 20 drivers’ and constructors’ championships, are looking to overturn a miserable run of form which has seen them fall down the grid in recent seasons.

They have not won a race since Jenson Button triumphed at the 2012 Brazilian Grand Prix, and their renewed partnership with Japanese manufacturer Honda, which is now entering its third campaign, has been thoroughly underwhelming.

Their new car, the first since long-serving chairman Ron Dennis was forced out of the team, has been hampered by reliability issues and only Toro Rosso completed less mileage than McLaren at the opening four-day test in Barcelona last week.