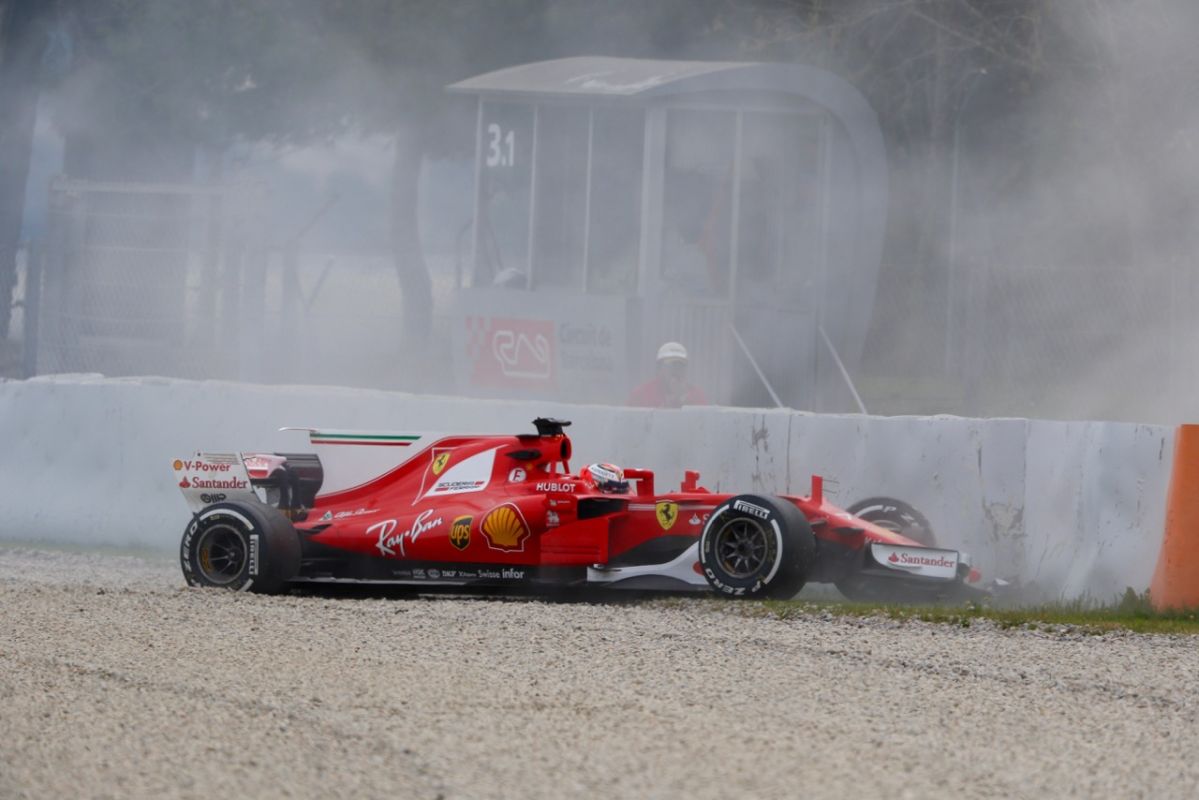 New signing Valtteri Bottas put champions Mercedes on top of the timesheets on Wednesday with the fastest lap so far in Formula One’s pre-season testing, while Kimi Raikkonen crashed his Ferrari.

Bottas’s best lap of 1:19.310 seconds came on supersoft tyres in the morning session, with the Finn then handing over to triple champion team mate Lewis Hamilton (79 laps) for the afternoon.

The time was 0.395 faster than the best set last week, also by Bottas on ultrasoft tyres, and quicker than any Spanish Grand Prix pole position time since the Circuit de Catalunya layout was changed in 2007.

Bottas, who did 70 laps on Wednesday, joined from Williams in January as replacement for retired world champion Nico Rosberg.

The Finn’s former team mate Felipe Massa, who was fastest on Tuesday when he did an eye-catching 168 laps equal to 2-1/2 race distances, was second quickest and completed another 63 laps.

The Brazilian handed over the Williams to Canadian rookie Lance Stroll, who managed to stay out of trouble after mishaps last week and did 59 laps with the fifth best time.

Raikkonen was third with a time of 1:20.406 but spent some time in the garage while Ferrari carried out a fluid systems check and he completed just 39 laps before lunch.

The Finn crashed into the barriers at Turn 3 in the afternoon.

Red Bull had to carry out an engine change over the lunch break with Max Verstappen managing only 34 laps – the second lowest of any team in the morning session. With the problem resolved, he ended the day with 102 under his belt.

McLaren’s Fernando Alonso was 3.7 seconds off the pace and managed only 46 timed laps with the team still struggling with their latest Honda engines.

Racing director Eric Boullier told reporters that the lack of speed and mileage was a concern for the former champions with the season starting in Australia on March 26.

“There are a lot of consequences to run 15kph or 18kph slower in a straight line. But still, we make the most of the data we can gather just by running the car, and that is what we want to see.”