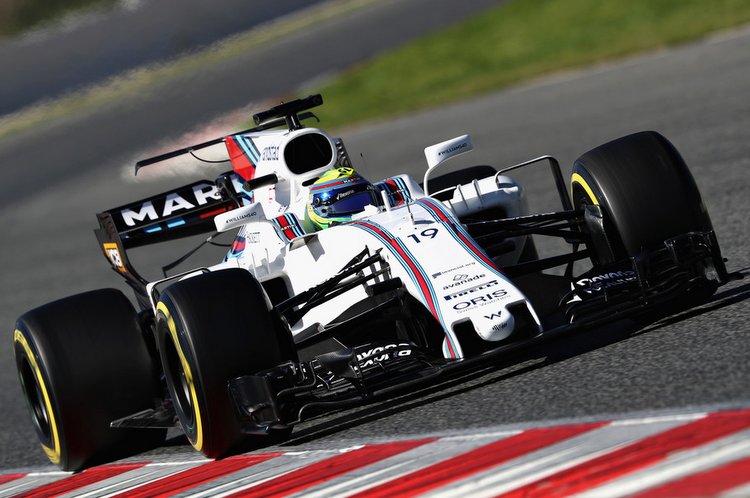 Williams driver Felipe Massa topped the timesheets on the first morning of Formula 1’s second pre-season test in Barcelona, on Tuesday, suggesting that Williams have a handy car in the FW40.

The Brazilian posted the fastest time of 1:19.726 late in the morning session using Pirelli Super Soft tyres, which was also the second best lap time at Circuit de Catalunya so far this winter.

Early on, during a sunny but fresh morning, Mercedes driver Lewis Hamilton and Ferrari’s Sebastian Vettel exchanged fastest laps, with Vettel ending the first flurry of hot laps at the top of the timing screens.

With the track rubbered-in Ricciardo soon topped his former teammate, but then Massa bettered the Australian with his stint. Ricciardo returned with Ultra Softs, but could not match the Williams driver.

It was good news for the Grove outfit who were forced to miss a day of testing, last week, when their teenage rookie driver crashed heavily late on in his second stint in the car. Massa was thus denied a second day in the cockpit.

Stoffel Vandoorne managed 34 laps in the McLaren before an electrical issue on the Honda power unit forced the team to make another engine change – allegedly the sixth in five days of testing so far. Report here>>>

Renault had sensor issues which curtailed Jolyon Palmer’s run to 15 laps before the car stopped and an engine change was deemed necessary by the team.