Tost: I’m convinced that Renault is around it 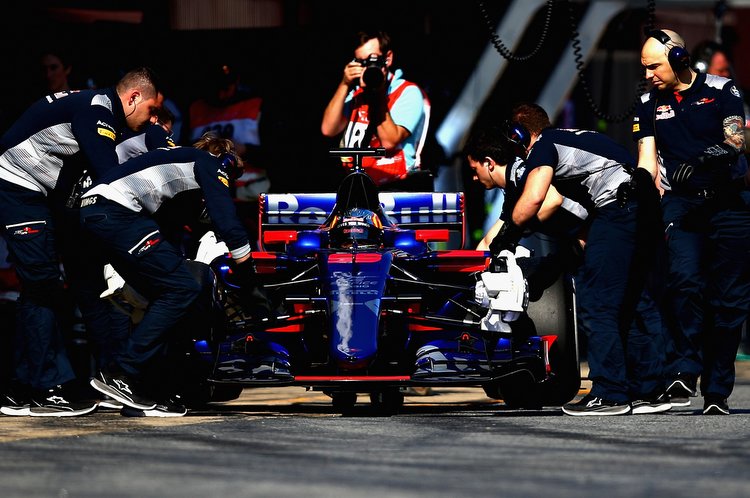 Mixed signals are coming out of the Toro Rosso camp ahead of the second Formula 1 preseason test in Barcelona this week, team chief Franz Tost and technical boss James Keys are convinced that Renault have made a step forward with their power unit despite issues that impacted their testing negatively in the first test.

Toro Rosso ditched Ferrari engines in favour of a return to Renault power, but during  the first test was the team racked up only 183 laps, which was less than any other team.

But Tost is not concerned and told ESPN, “I’m convinced that Renault is around it, all these small problems is nothing major and I’m quite optimistic that we will be very well prepared for the second test and for the races.”

“Fortunately the first two days we could do a number of laps, so we got many datas on the aerodynamic side as well as the mechanical side but we are still missing some information regarding the compounds, regarding the soft tyres.”

Key echoed his boss, “I think the reasons for the issues need to come from Renault, we’ve had some dramas. I don’t think it’s installation-related, from what we can tell. Anything that’s happened on the power unit side we’ve had discussions on that but they don’t appear to be to do with anything specific on our car.”

“I think the good thing with Renault is on the performance side, since we’ve been with them, they’ve turned a huge corner. Our impressions are positive – exactly where it stands in the order is impossible to say at this stage, but there’s definitely a vast improvement from what we saw in the past.

“You can see that, that’s real, it’s not just a value coming out of a dyno, I think it’s real. So from a performance point of view we’re happy with what we’re seeing so far,” added Key.