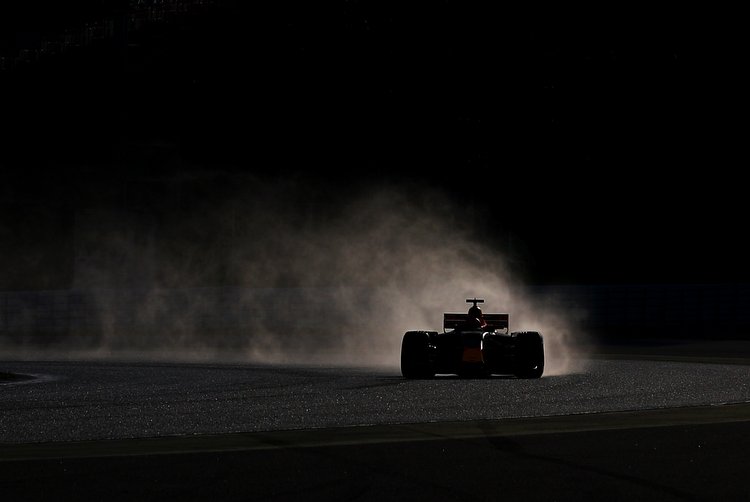 After four days of preseason testing, the Formula 1 picture is starting to come into focus with some details already clear (Mercedes good, McLaren bad), on others we can at least see the outlines (Ferrari on the up), yet many more remain blurry (ho good are Red Bull really?)

Thankfully, starting Tuesday we’ve got another four days of F1 testing at the Circuit de Catalunya, and while we’ll by no means have the full picture come Friday, there’s a lot that will be revealed in that time.

Read on for a look at some of the questions we hope to have answered this week in Barcelona.

Lost amidst the hubbub of Ferrari’s impressive showing and Lance Stroll’s ongoing duel with the barriers, Red Bull were something of the forgotten team in the first test. By no means were they unimpressive, but they didn’t exactly set the world on fire either.

To a degree that was probably intended, but with so much innovation going on this season, they’ll want a clearer picture of where they stand before Melbourne. If it’s to be believed that the team has yet to debut the latest bit of Newey genius, expect it sometime this week, and therefore a much fairer assessment with Mercedes and Ferrari.

What now for McLaren?

So much for 2017 being the year it all comes together for McLaren-Honda, a week in and it’s already apparent there’s a better chance Liberty reinstall Bernie than the Woking outfit scoring a race win.

Indeed, if that was the goal prior to the season, now the challenge is just to not completely embarrass themselves in the opening races. Still down on reliability and power, it’s hard to see what gains can be made in time for this week in Barcelona – expect more struggles to accumulate mileage, and Fernando Alonso to start lobbying Sauber for a race seat.

Can Ferrari continue to match Mercedes?

Considering all the rumours coming out of Italy prior to testing that Ferrari had major problems with their 2017 challenger, their performance last week in Barcelona was the perfect response. The SF70-H looked like a legitimate match for the Mercedes W08, but whether they can keep it up in the second test is another question entirely.

Like the stereotypical villain in every anime, Mercedes love to lull their opponents into a false sense of confidence, only to reveal their “final form” when it really matters, so it’s entirely possible this is just more sandbagging.

The headline grabbing times on the ultra and super-soft are sure to muddy the picture, but keep an eye on their soft and medium times – if they’re as close as they were last week, it’s full steam ahead on the Ferrari hype train.

Who will shine in the midfield?

At the back-end of the midfield last year, Renault and Haas are the two teams looking like making major gains in 2017. The first car produced completely under works-backing, Renault’s RS17 was the fastest team outside the “big 3” last week, and with a stated goal of fifth in the championship, are certainly off to a good start.

Likewise, Haas were fourth in mileage even with a few technical niggles, and had decent pace to back it up. With Toro Rosso struggling, Force India yet to impress, and Williams deprived testing time, Renault and Haas will start Tuesday’s proceedings with a definite leg up.

Can Stroll and Williams put dismal first test behind them?

With the possible exception of Faye Dunaway and Warren Beatty, no one will be as desperate to erase the memories of last week as Lance Stroll. Not only did he crash more often than a preview build of Windows, but he cost Williams considerable testing time while doing it.

He might be the son of a billionaire, but he simply can’t afford any more mishaps if Williams and teammate Felipe Massa are to get the track time they need before Melbourne.

Four days into their working relationship, and Lewis Hamilton has already branded his partnership with Valtteri Bottas his “best ever”. The question now is, is this a Machiavellian ploy to keep his enemies closer, or is Hamilton just taking his cues from a 14-year-old girl?

In either case, you have to wonder just what impact the Finn has had on Hamilton in his short time at Mercedes, but he’s certainly impressed on track, setting the fastest time of any driver last week in Barcelona.

Perhaps Hamilton has already realised he can’t use the same approach he had with Nico Rosberg, but expect the old competitiveness to come out in short order – it may be another two weeks until Melbourne, but from the looks of it, the battle for the driver’s championship has already started.

What are you expecting from the second week of testing? Can any teams make a move up the pecking order? Let us know your thoughts in the comments below.