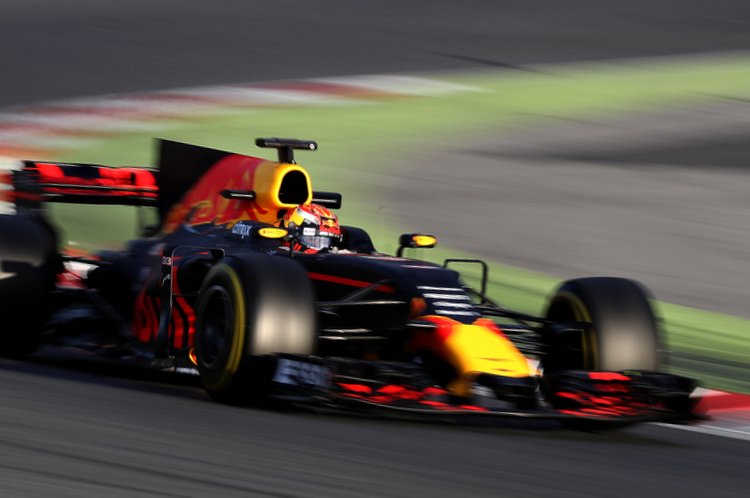 Pirelli motorsport boss Paul Hembery is adamant that the G-Forces generated by the current Formula 1 cars require abnormal strength to drive, and that in full race trim, and in certain conditions, he wonders if drivers may even “blackout” during a race.

Hembery told ESPN of the loads that drivers are experiencing this year, “It is quite shocking. Even now, you are talking 5G corners … a road car, top Ferrari, Lambo,[generate] 1.2 or 1.3G. These are getting to levels now that, I don’t know….

“Maybe some clever doctors will tell us that we’re getting close to blackout point, I don’t know what it is. But certainly when I was looking at Turn 3 it was quite impressive. I’m sure a normal human being wouldn’t be able to.”

One stop races are likely to be the norm this year with the new tyres, while speeds approaching 300 km/h through some of the fast curves at various high speed venues combined with warm weather will severely test drivers’ fitness and stamina.

“It’s one of those fun fair rides isn’t it, where you arrive at 5G, make you feel a bit queasy. It depends what circuit you are at. I would think a stint at Silverstone for 30, 40 laps is going to be pretty exhausting for a driver. Well very exhausting, I think even [here at Barcelona] when you add 20 degrees [Celsius] and they are actually going flat out in race trim.

“Physically I think it’s going to be a huge challenge for the drivers. Of course they are all great athletes today, they do a lot of preparation. You think if we go three seconds quicker than what we’ve seen already, which is like three years’ development normally, that’s amazing performance,” added Hembery.