Bottas: I am very hungry for the win 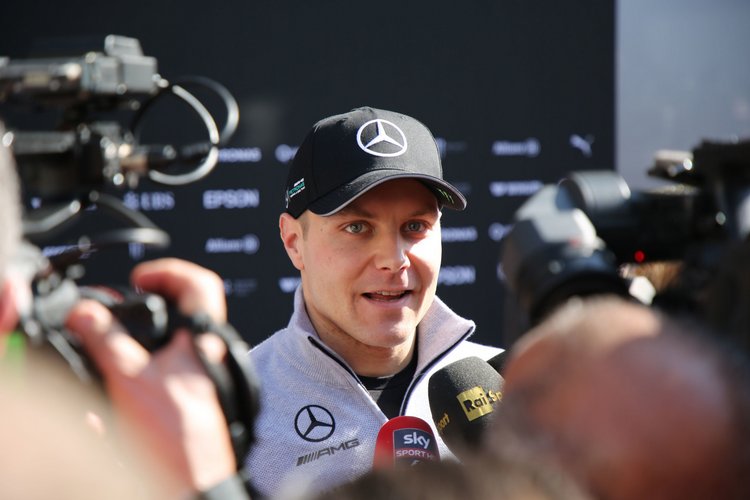 Vatteri Bottas landed himself the most coveted seat in Formula 1 with Mercedes and, despite pressure to perform from the moment the ink dried on the contract, he appears to rising to the occasion starting with an impressive showing in the first Formula 1 preseason test in Barcelona.

But the thing Bottas wants most right now is his maiden F1 victory, and told Sky Sports, “I’m definitely very hungry for the win. But I try not to make it a thing, and take any extra pressure out of it. I know from junior formulae that I can do it, I’ve won a lot of races there.”

With 77 grand prix starts for Williams, Bottas is now in the best position he has ever been to claim that to experience that top step of the podium feeling and remains cautious, “This is Formula 1 and everything is next level, it’s extremely difficult. We need to go day by day, race by race.”

“Obviously, that is going to be the goal, winning this year. But it’s early days, we’re only testing. We need to keep our feet on the ground, work hard and we’ll find out soon if it’s possible.”

Mercedes gave the Finn a one year deal to start with and with the likes of Fernando Alonso and Sebastian Vettel free of their contracts at the end of this season, the pressure is on him to perform and etch himself a place in the team for the long term.

“I do want to perform from the very first race because every race is important. We need to score good points immediately.

“I want to meet the expectations of the team quickly, that’s my target and that’s why I’ve working really hard since mid-January.

“It’s been a valuable few days in the car,” concluded Bottas who ended the first four day test in Barcelona fastest of all. Box ticked.