Mercedes: The day was a little shorter than we were hoping 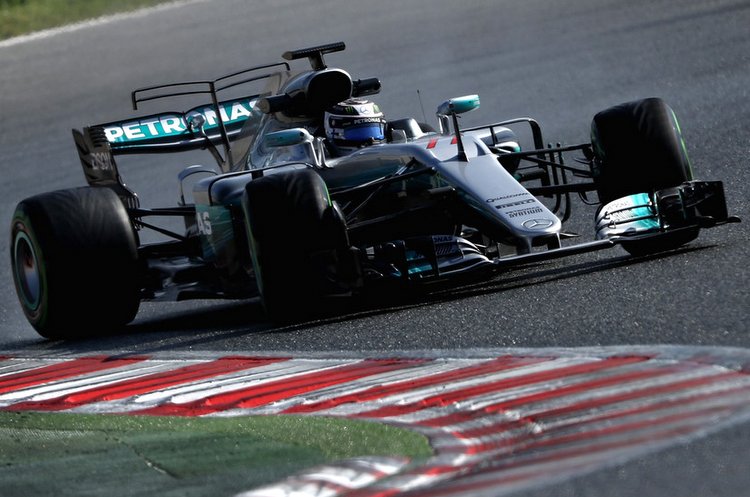 Mercedes-AMG Petronas Motorsport completed 68 laps of the Circuit de Barcelona-Catalunya on Thursday, as the first pre-season test of 2017 concluded in Spain.

Valtteri Bottas: “Unfortunately the day was a little bit shorter than we were hoping for but overall it has been a very good four days for us in Barcelona. As a team we really made the most out of this week- we’ve done a lot of mileage and I learned a lot.”

“Today we did some good running on the extreme wets and the intermediate tyres, before crossing over to the slicks. It was interesting to test in the damp track conditions and we got some very useful information about the intermediate tyre. We ended the day completing long runs on the slicks, to build up our understanding of the tyres ahead of Melbourne.”

“I’ve really enjoyed working with the team this week. Once again, all the mechanics and engineers have done a great job, and thanks to everyone at the factory, because the car has run so well.”