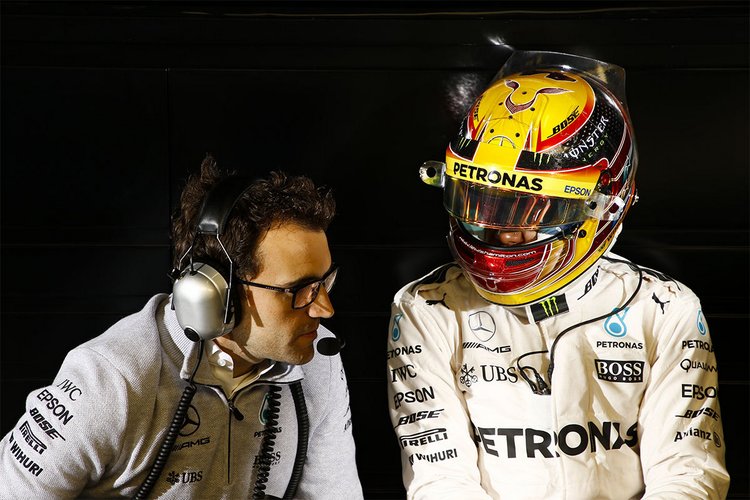 Lewis Hamilton has missed the final day of this week’s testing in Barcelona after Mercedes reported a problem with his car.

Hamilton, who joked on Wednesday night that he would fake a muscle injury to avoid taking part in the concluding day, was scheduled to run at the Circuit de Catalunya on Thursday morning.

But an issue with Hamilton’s Mercedes, which has boasted greater reliability than any other team here this week, kept the British driver on the sidelines.

Valtteri Bottas, his new team-mate, took to the car after the problem was resolved and completed nine laps before the lunch break.

The final day has been designated as a wet test, with industrial trucks spreading water across the circuit.

“I heard it is wet (on Thursday) so I am not particularly looking forward to that,” Hamilton said on Wednesday night. “I drove some demonstration wet tyres at Silverstone and they did not feel great.”

He joked: “I am out first unfortunately so I might fake a pulled muscle in the morning and let Valtteri do it.”

Hamilton, who missed two full scheduled test days last season – one through a toe injury and the other with illness – has completed 234 laps of the Barcelona track this week and covered nearly 700 miles. Up until Thursday, only Bottas and Ferrari’s Sebastian Vettel had been on the circuit for a longer time than the Briton.

Hamilton’s dominant Mercedes team appear to be the class of the field so far this year, with Ferrari not too far behind. And while Hamilton, the three-time former world champion, has hailed the new cars as the best-looking for a number of years and the fastest he has ever driven, he fears the increase in downforce could lead to fewer overtakes and worse racing.

“The car is amazing in terms of the speed that we get to carry through the corners,” said the 32-year-old, who is set to start his 11th campaign in the sport. “It definitely is the fastest that I have ever driven in Formula One.

“It is great and it feels amazing in the car and I hope that is splits the men from the boys. But it is worse to follow another car, which was to be expected. Let’s hope the racing is fantastic, but don’t hold your breath, I would say.”