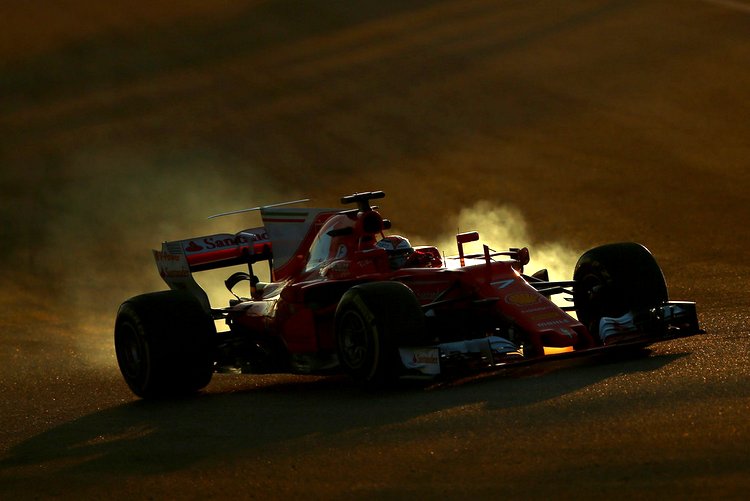 The first winter test session has come to an end. Over the four days, the Scuderia Ferrari drivers completed 468 laps of the Catalunya Circuit in the SF70H, equivalent to 2178.4 kilometres. Seb Vettel did 267 laps and Kimi Raikkonen did 201. Today, the Finn was also able to try the wet weather tyres as the circuit was artificially watered.

“A new year, a new car and new rules,” was Kimi’s summing up of proceedings. “And it’s these rules that determine the feeling you have at the wheel, because you go a lot quicker than before: it’s down to a combination of the tyres and the car.”

“What I can say is that the team has worked very well over the winter. Whether or not it will be enough, we cannot tell yet.”

“I didn’t pay attention to what the other teams were doing, nor the lap times, because at this point, it means nothing. I’ve got the feeling that we learned some lessons from last year and at the moment, we can’t complain about how testing has gone so far.”

“But before Melbourne, we have another week of testing and we still have a lot of work to do. More or less every year we know where we want to be and sometimes everything goes smoothly and other years less so.”

The second session gets underway on Tuesday 7th March, with Sebastian, who will also drive on Thursday 9th. Kimi drives on Wednesday 8th and Friday 10th.