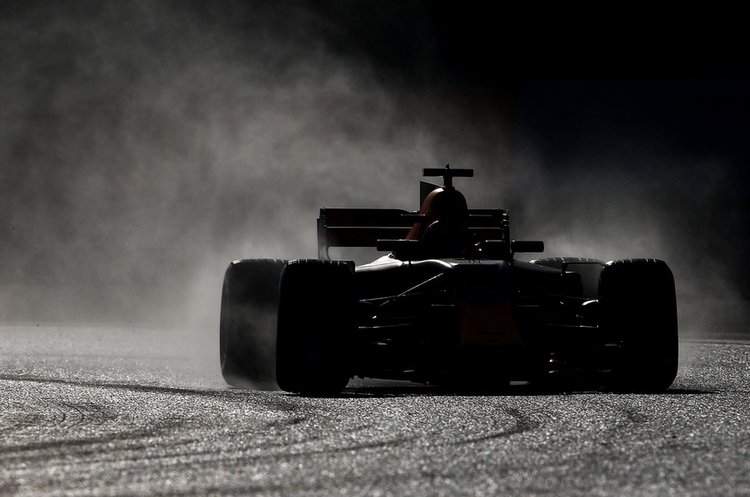 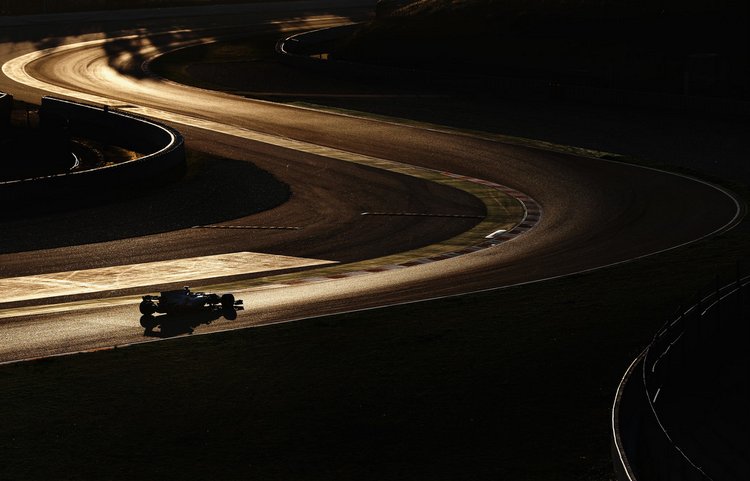 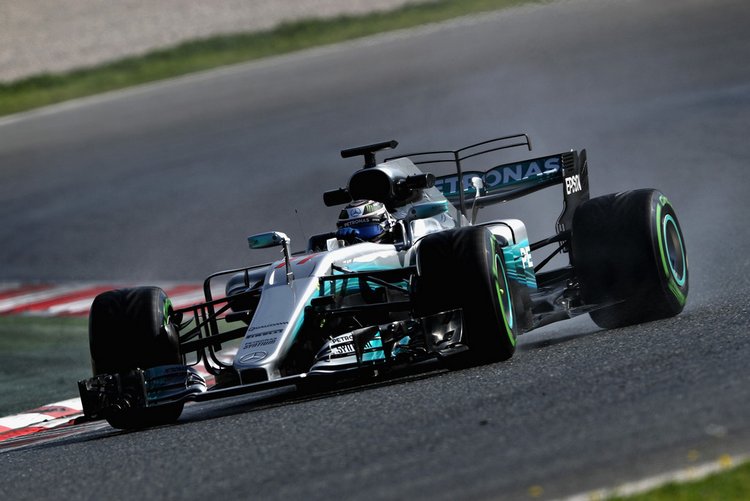 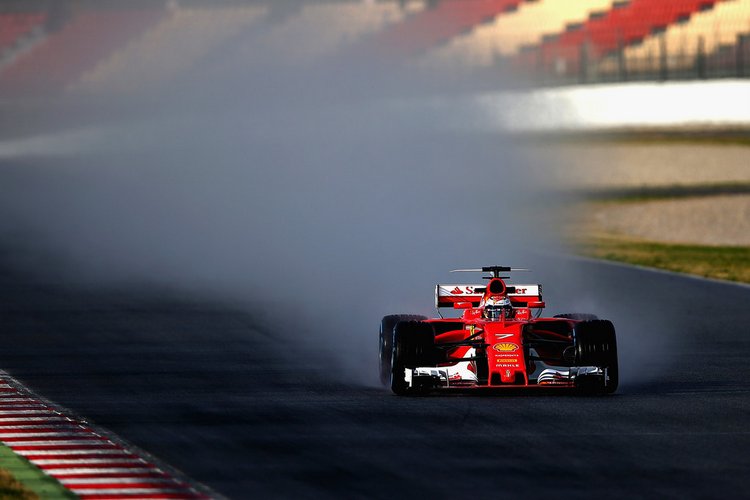 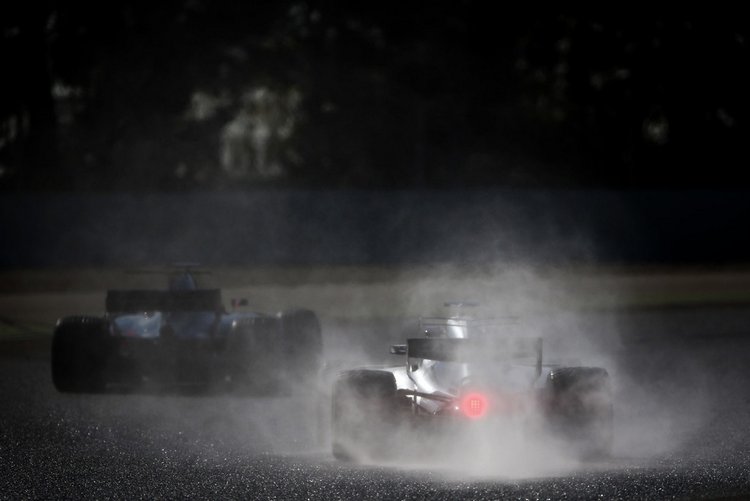 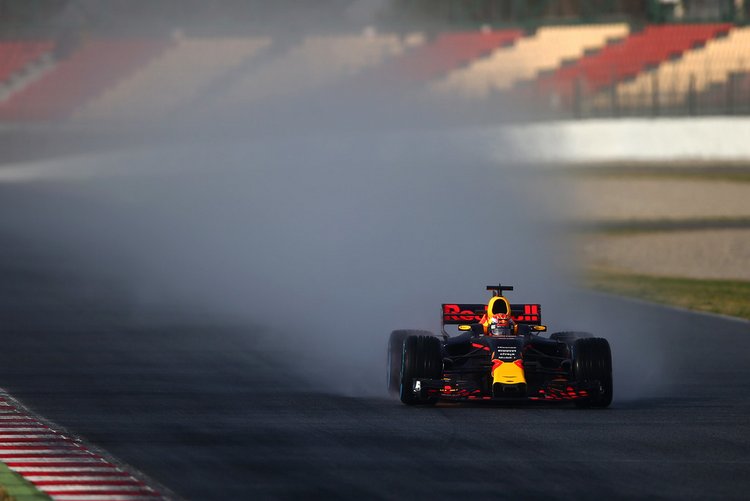 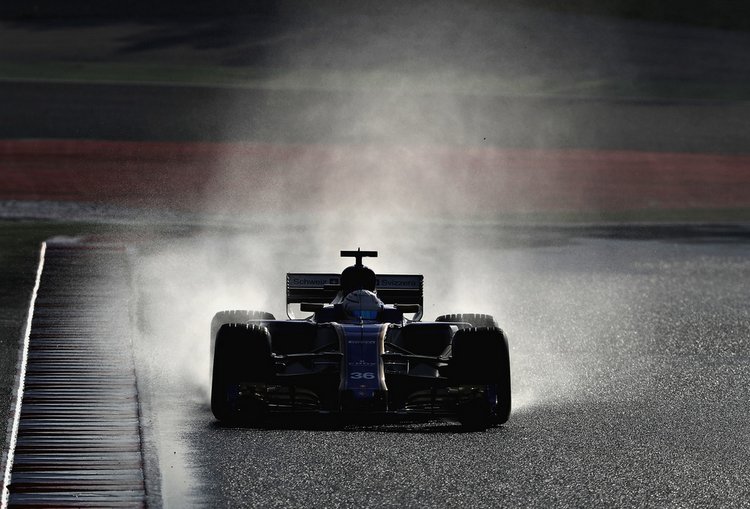 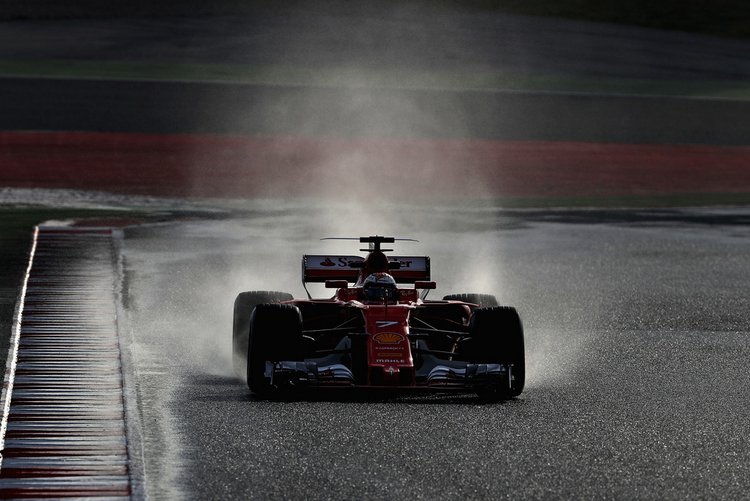 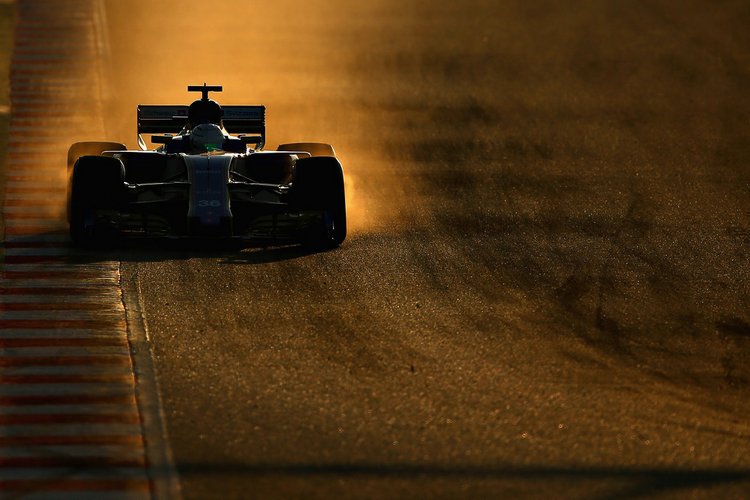 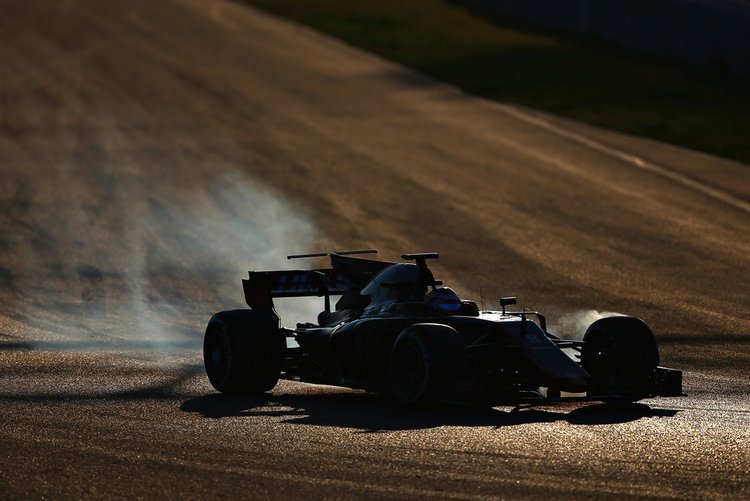 Although Kimi Raikkonen put Ferrari back on top of the timing screens by lunch time on Thursday on a near dry track, but it was Red Bull’s Max Verstappen who was quickest in the artificial wet conditions on the fourth day of Formula 1 preseason testing at Circuit de Catalunya.

After teams tested wet tires on the artificially-soaked track outside Barcelona, Raikkonen switched to slicks late in the morning session to top the timesheet with a lap of 1:22.305 seconds, but it was Verstappen who went fastest when the track was wet.

Ferrari have been the only team running close to Mercedes so far as teams test the bigger and faster cars ahead of the 2017 season.

Hamilton was not able to run because of an electrical problem with his Mercedes.

Valtteri Bottas eventually made it to the track after Mercedes fixed the problem, but he could only run nine laps before the morning session ended.

Tire supplier Pirelli soaked the track’s surface overnight with the help of eight water tanks, allowing teams to test this season’s wider tires on the wet.

Haas driver Romain Grosjean provided some insight into the the wet tyres, “It is quite interesting the wet, There is a lot of progress made from last year. We haven’t had too much overheating with the rear and the temperature is staying in. The warm up was okay-ish.”

“The intermediates are really good for one lap. Then they get destroyed a bit too early – so some work is to be done. But generally it’s a good step from where we ended up last year,” added the Frenchman.

Some in the paddock questioned the effectiveness of the wet test at this point in the preseason, when teams are trying new cars and have limited spares thus reluctant top really push in the wet conditions for obvious reasons.

Renault’s Nico Hulkenberg explained, “Obviously early in the season it’s a bit of a risk with teams, we don’t have that many spare parts.”

“We couldn’t really test very deeply regarding aquaplaning and all these kinds of subjects, we’ll find that out during the race weekend I guess,” added the German.

Felipe Massa was unable to run after Williams said it discovered chassis damage after 18-year-old rookie Lance Stroll crashed into a barrier on Wednesday. The team said a second chassis would be prepared for next week’s four-day session.