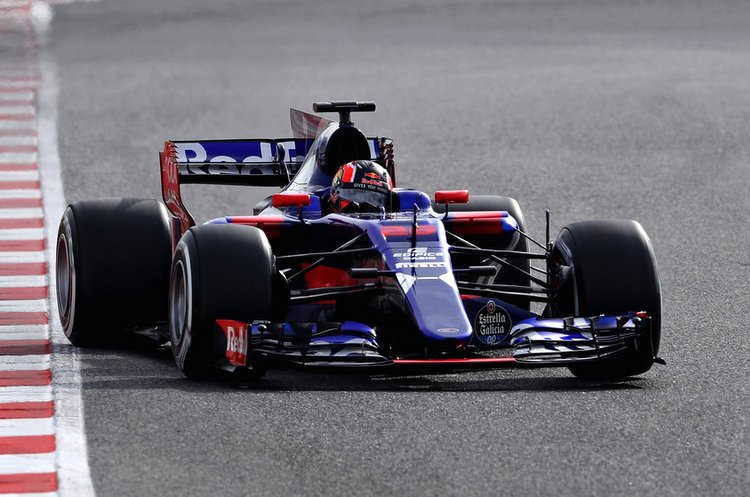 Toro Rosso report from day three of the first pre-season test of the 2017 Formula 1 season at Circuit de Catalunya in Barcelona.

Daniil Kvyat: “A bit of a frustrating morning for me today because we lost some valuable track time due to a drivetrain issue. It’s a shame for myself and the team, because we should be using the time to add laps to our tally… But, on a positive note, when the car is running it feels good and there’s always something positive found by the engineers and myself. My feeling with the car is also improving lap after lap. We just need to keep our heads down and continue to work as hard as we are already doing.”

Carlos Sainz: “How annoying to have to finish the session early! Doing only half a day today, we were looking to maximize it, get into a good rhythm and add plenty of mileage to the car. Unfortunately, we suffered a drivetrain failure half way through the afternoon, which meant we had to stop and not run any more today. It’s frustrating, but this is what happens sometimes during testing. We need to stay positive and make a big push tomorrow and during next week’s test.”

Jody Egginton (Head of Vehicle Performance): “A frustrating day as we were not able to complete our planned run programme. We started the morning with Daniil assessing some overnight changes and, subsequently, some further tyre and general set-up related tests. These yielded some useful data but, due to an issue with the drivetrain, we had to stop and as such were not able to complete the run plan. Carlos took over driving duties in the afternoon, picking up a few of the outstanding test items but also working on some control system test items. His running progressed well and we were at the point of moving to the soft compound when we suffered another more serious drivetrain issue, which resulted in the car stopping on track and our day ending early. The issues today, combined with not having had a perfect day 1 and day 2, leaves us with a lot of ground to cover between now and the end of the next test and we will need to adapt the remaining running to achieve our primary objectives before Australia. However, we are up for the challenge and feel confident that there is a lot of potential in the STR12; we just have to remain focused in the remaining test we have and we will unlock it.”