Boullier: Our relationship with Honda is very good 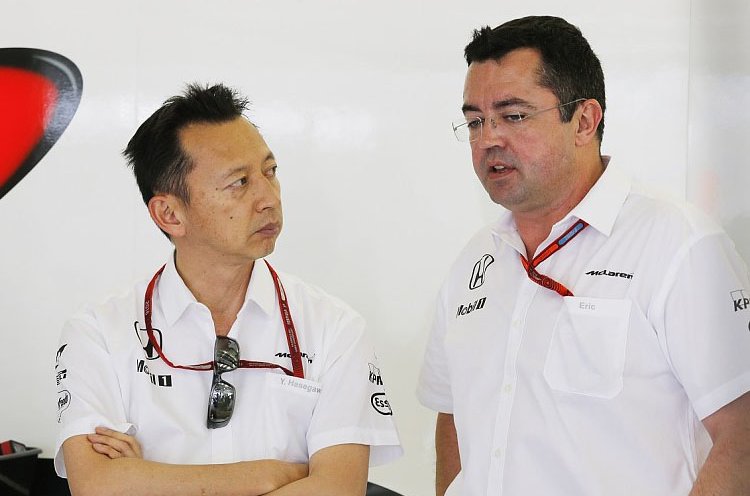 Amid paddock talk in Barcelona that McLaren are ready to ditch their engine partners Honda, team sporting director Eric Boullier has denied the claims of a looming divorce and insists the relationship is strong as ever.

Boullier told media in Barcelona, where his team are enduring untold problems with the Honda engines, “Our relationship with Honda is very good. We are happy with the marriage but we have to make it work.”

Boullier revealed that there was “positive pressure” and joked that “plates were being thrown” inside the team’s garage at Circuit de Catalunya.

Honda have made no secret that they have taken a gamble by changing the concept of the 2017 power unit, and insisted that the problems in encountered in Spain were not specific to the new design.

Honda F1 boss Yusuke Hasegawa said, “Obviously we are not happy to have this trouble and we are sorry for both drivers.”

Hasegawa explained that a modified oil tank has been fitted to McLaren MCL32 to solve the issues they experienced, “We can live with the current modified tank and obviously through the season we are always trying to improve the system so we may introduce more modifications but so far l don’t think it’s a problem.”

Meanwhile Boullier has kept his sense of humour intact, despite the problems, and when asked what he thought of their rivals in testing he replied, “They are faster than us.”

And added on a serious note, “You don’t know the level of fuels, you don’t know how many switches on the Mercedes engine they are down on power.”

“But the Ferrari is surprising, because maybe people were not expecting them to be matching Mercedes, but everyone has their own secrets and everyone will be changing plans.”

“Even between the teams we are trying to work who is doing what but it is not easy. Next week’s test will be a little more revealing but definitely we will have to wait until Australia,” ventured Boullier.