Stroll: I just lost the car it kind of snapped 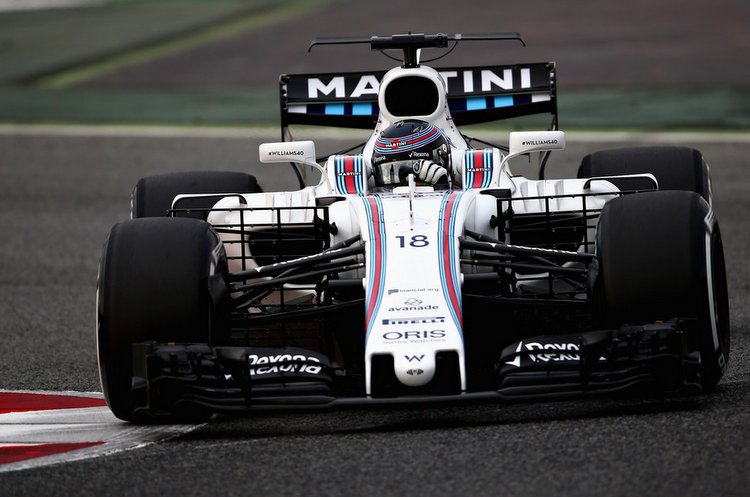 It was not an ideal start for Canadian teenager Lance Stroll’s first ever official Formula 1 test as he ended up in the gravel during the second day of pre-season testing, at Circuit de Catalunya in Barcelona.

Stroll lost control of the Williams FW40 at Turn 9, when on cold tyres it snapped and spun through the gravel. The incident caused damage to the front wing and without a spare that meant the end to the 18 year old’s testing debut with only 12 laps on the chart.

A closer look at one of many milestones for @lance_stroll, his first outing in the #FW40. #F1Testing #F1 #Williams40 #WeAreRacing pic.twitter.com/7IrHWvvl7W

Stroll told reporters afterwards, “[During the] second run, just getting to grips with the car. Kind of low grip. I just lost the car, it kind of snapped.”

Asked if he was upset about the incident, the teenager insisted, “No, not at all. It is unfortunate. One front wing, a spin, a little winglet [damaged], but that is Formula 1. The car is very complex.”

“There is not a lot of room for error. I’m just getting to grips with the car. A little spin. I drove back to the paddock. Sometimes these things happen, but no, not a dent in the confidence.”

“It is still early days and I have only done a handful of laps. I am just getting to grips with the FW40, and there is still a lot of time ahead of us. It was good to finally get behind the wheel to just get a feel for it.”

“I need to do a lot more running before I know exactly where I am and where the car is at. I will have a much better picture once we have more laps under our belts, but it was good to break the ice and I am looking forward to some more running.”

“I was actually really confident, really happy in the car the few laps I did. I am looking forward to getting back at it tomorrow, and still plenty of running ahead,” said Stroll who has been dubbed the ‘best prepared F1 rookie’ of all time thanks to an intensive private testing programme ahead of the 2017 season.

Last year he won the European Formula 3 title with 14 race victories during the course of the season.

Williams performance chief Rod Smedley said, “Lance was on lap six of his second run when he had a spin. The grip was particularly low and so he spun and went through the gravel backwards.”

“Even though the accident was entirely innocuous we’ve unfortunately had quite a bit of accident damage, which we’re now in the process of repairing. We’re having to send some composite parts back to the factory, which will be back with us at some point tomorrow.”

“We’re doing the upmost we can now to get back out on track at the earliest opportunity tomorrow. We will be able to recover the programme in the coming days,” added Smedley.