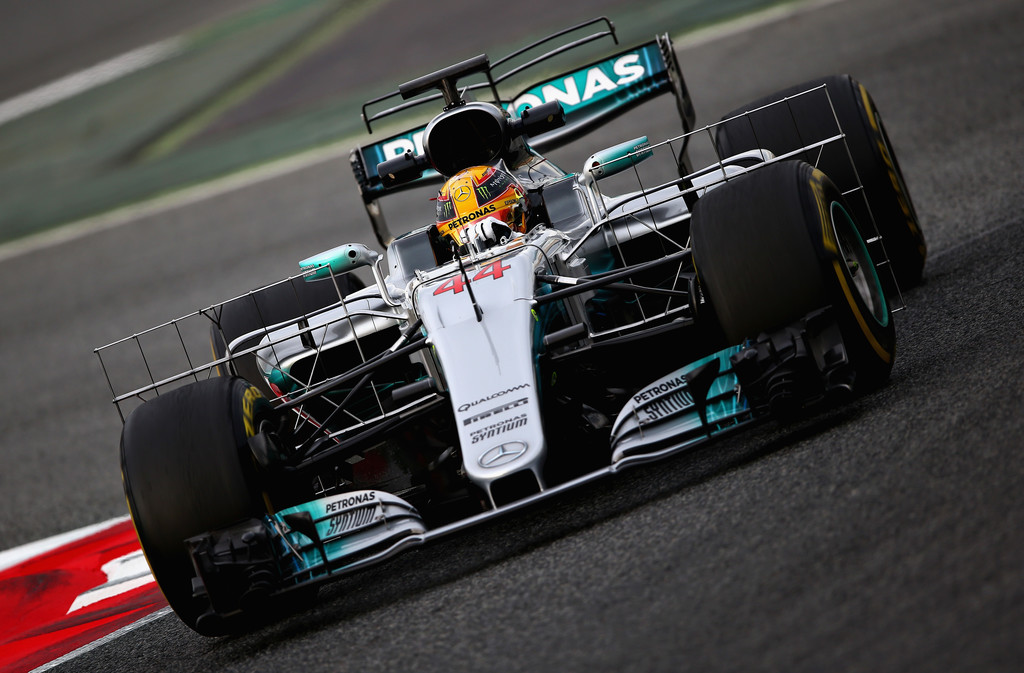 Mercedes driver Lewis Hamilton recorded the fastest time and the most laps during Tuesday’s morning session during the second day of Formula 1 preseason testing at Circuit de Catalunya in Barcelona.

The three-time world champion will hand over the wheel of the Mercedes to new teammate Valtteri Bottas for the afternoon session.
Just like Ferrari teammate Sebastian Vettel from Day 1, Kimi Raikkonen was the nearest challenger to Hamilton’s top speed, albeit almost two seconds slower.

Hamilton and Raikkonen also got in the most laps with 66 and 47, respectively, as Mercedes or Ferrari have yet to report any mechanical problems so far.

While world champion Mercedes and Ferrari continue to outperform rival Red Bull, a pair of the more modest teams struggled to get their cars rolling.

Antonio Giovinazzi, who has substituted for Pascal Wehrlein while he recovers from a back injury, spent most of the morning waiting for Sauber to replace his car’s engine. Jolyon Palmer’s Renault, meanwhile, only emerged from the garage in the final minutes of the four-hour morning session.