Alonso: The driver is even less important 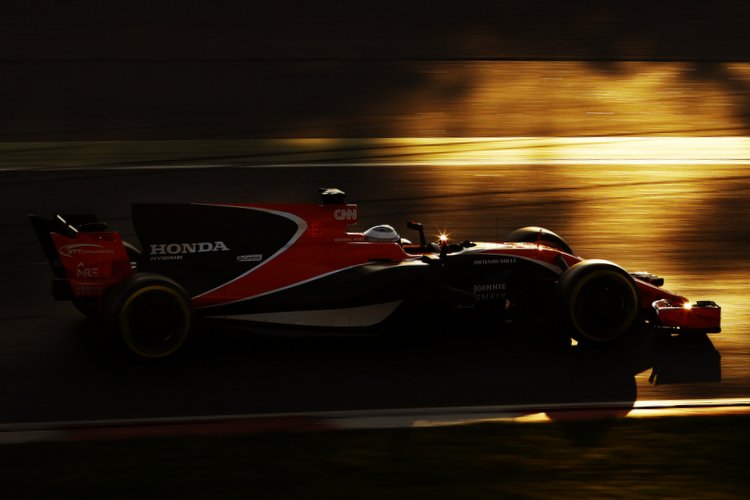 At the end of a problem packed first day of pre-season testing for McLaren-Honda at Circuit de Catalunya, Fernando Alonso doubted that the new generation Formula 1 cars would be more challenging to drive, however he did hail the new look of the cars.

“So if you are 20bhp down last year you were losing maybe 0.2 or 0.3 of a second, whereas this year you are losing half a second. So I think the importance of some of the technical aspects of the car are even higher this year, so the driver can do up to one point, miracles they cannot do anymore.”

One of the objectives of the new rules was  to make F1 cars more challenging to drive and when asked if the aim was met, Alonso said, “Yes and no. I think in the way of pushing the car and being able to express your driving style I think yes, a little bit more than the previous cars that you were constrained to drive and save everything.”

“Sometimes last year the slower you drove the better timed lap you could do because you were saving the tyres and you can maximise the stint, while this year it seems that you are able to push the car a little bit more and probably use your own driving style a little bit to maximise the timed lap.”

But Alonso did have praise for the look of the new generation cars, “I think the only conclusion is that the cars look nice, the cars are definitely faster in the corners so it’s good to come back to that feeling of the downforce in the corners and be able to push the car to the limit a little bit more so I’m happy with that.”

“I saw some other cars running alongside on the track and they look very, very good. So I’m happy for that, happy that the sport is going in the right direction and probably apologise to the fans for the last five or six years that they saw horrible cars,” said the double F1 world champion.