Ricciardo: Not worried because we playing it safe 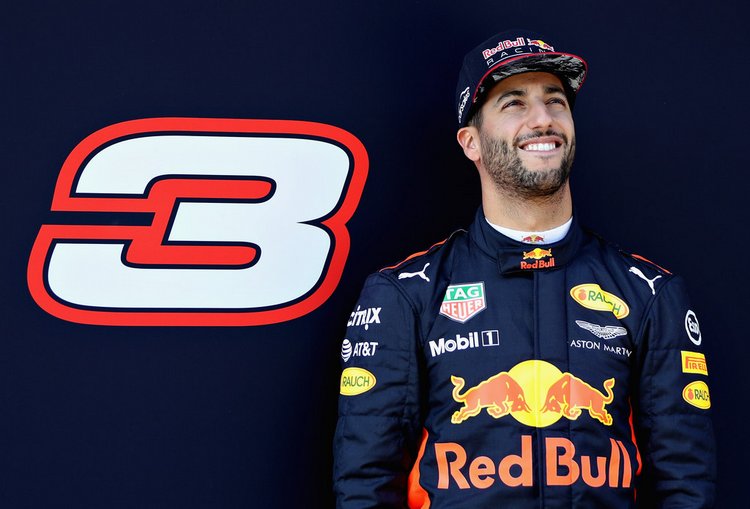 Red Bull team chief Christian Horner and the team’s senior driver Daniel Ricciardo are playing down engine sensor issues that plagued the early running of their new STR13, on day one of the first pre-season Formula 1 test of the year at Circuit de Catalunya, in Barcelona

Although Ricciardo was responsible for the first F1 red flag of 2017 when he stopped out on track, the Australian shrugged off the problem, “Not worried. It would have been nice to do more laps, this morning in particular. The main issue was that it was for safety measures, so we stopped running because of some sensor things and they are giving us warnings.

“So we are especially from the engine side playing it a bit safe. And making sure we don’t do damage on day one. In the last two hours we got some good running, and hopefully that continues for the rest of the test, and hopefully Max [Verstappen] does 200 laps tomorrow!”

By the end of the day Ricciardo had completed 44 laps and was fifth on the timing screens, “We were grateful at the end to get the best part of two hours of clean running in the last part of te day. That was important for us and we racked up close to 50 laps in that last little block. We took a little bit away from that.”

“From the first run I went out there and obviously, it was a new car so you start to feel a few little differences. We cleaned them up already in the few runs we had, so it is just going to come with more running. The last few hours gave us a lot of confidence going into tomorrow and we can definitely get the ball rolling from here,” added the Aussie.

Meanwhile, team chief  Horner told reporters, “I’d far rather have the problems here than at the first race and I think the good news is they don’t appear to be major problems. Also an encouraging fact is both other cars powered by the same power unit are running reasonably OK, so one can only assume hopefully it’s just been unlucky that Daniel has had two issues on his car today and hopefully we’ll get out and get into some proper running a bit later on.”