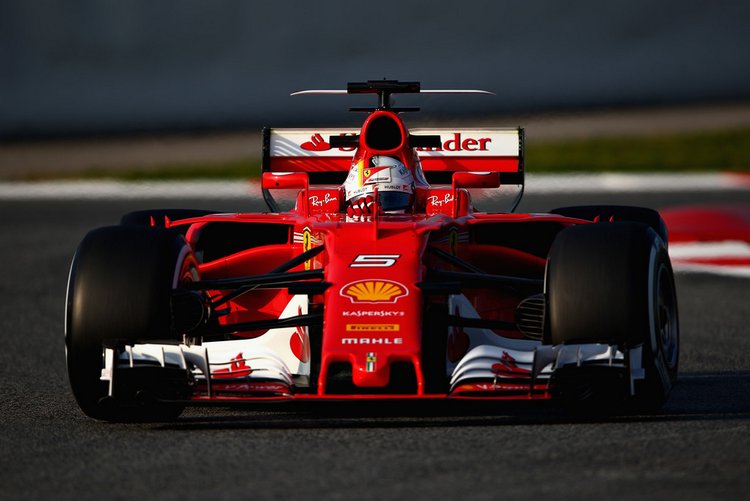 Valtteri Bottas, replacing retired world champion Nico Rosberg at Mercedes alongside Lewis Hamilton, had completed well over a race distance by lunchtime with 79 timed laps of the Circuit de Catalunya.

Ferrari’s Sebastian Vettel, a four times champion with Red Bull but without a win last year, was fastest in the sunny opening session with a lap of 1:22.791 seconds and 62 laps to his credit on medium tyres.

Bottas was second on the timesheets, 0.378 of a secondslower on the soft tyres.

The main focus of all teams was on reliability and racking up mileage, however, with some cars sporting intricate aerodynamic devices to measure air flow and performance.

Fernando Alonso failed to set a timed lap on home soil in the McLaren while Australian Daniel Ricciardo, first to drive the new Red Bull RB13 after its presentation on Sunday, had completed only four.

“We plan to run again today but due to the difficult access location it will take several hours to resolve,” a spokeswoman said.

Ricciardo brought out the first red flag of the morning, stopping on track with a sensor problem between turns three and four. The car was brought back to the pits shrouded in a tarpaulin on the back of a flatbed truck.

It was craned off and taken back into the garage, where mechanics were working on removing the gearbox.

Of the rest, only Sweden’s Marcus Ericsson came close to their lap tally with 32 for Sauber, who are using last year’s Ferrari engine. Renault’s Nico Hulkenberg had the honour of being first on track.

The new cars, wider and with bigger front and rear tyres, are expected to be several seconds a lap quicker than last year’s, if no louder.