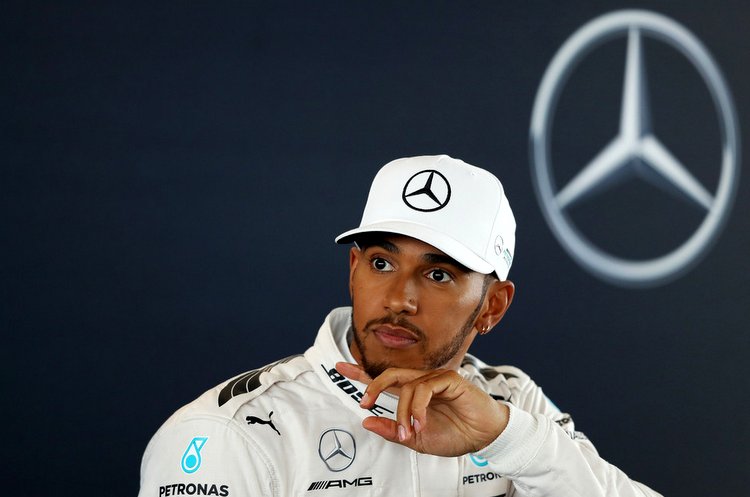 Triple world champion Lewis Hamilton is expecting to feel the pain, no matter how much he has worked out over the winter break, when Formula One’s first pre-season test starts on Monday.

Aching backs and stiff necks are likely to keep the team physios busy as drivers get up to speed at Barcelona’s Circuit de Catalunya and begin to rack up the miles in the shiny new cars.

The gym work and outdoor training, and the kilos of extra muscle added to cope with new regulations bringing significantly faster cornering speeds and greater G-forces, will be put to the test over four days this week.

“After the first day I’ll know exactly where I’m weak,” Hamilton told reporters at the launch of his Mercedes team’s W08 car at Silverstone..

“Whoever it is, it doesn’t matter how fit you are and how hard you trained. You get in that car and it beats the crap out of you. It just does,” added the 32-year-old Briton. “There’s just no simulation for it.

“So whether you feel it in the neck — there’ll be a muscle you didn’t even know you had, deep down under your rib cage, and you’re like ‘what the hell?’ — through those testing days you figure those weak areas out.”

Hamilton will be in the car on Monday afternoon, with new team mate Valtteri Bottas taking care of the morning laps after replacing retired world champion Nico Rosberg.

All 10 teams, one less than last year due to the demise of Manor, will be out on track once the pit lane lights go green on Monday.

The technical boffins will be taking a closer look at what their rivals have come up with, and any innovations they might have missed, as well as watching out for signs the pecking order might be about to change.

Renault, ninth last year with a car inherited from Lotus but confident in their new engine and chassis, could be early contenders to move up the grid.

“That was really fun,” said Renault’s Jolyon Palmer after a filming session in the RS17 at the track on Saturday. “Loads of downforce, loads of grip, a few laps, no hiccups and a big smile on my face.”

“The new beast is FAST!!” the Briton, who will be back in the car on Tuesday, with Nico Hulkenberg testing on Monday, added on Twitter.

Just how successful the revised rules are in creating more entertainment for the fans remains to be seen.

The new aerodynamic ‘shark fin’ features leading off the airbox have already triggered some ripples of concern, and particularly the angular solution seen on the Williams when images of that car were posted online on Saturday.