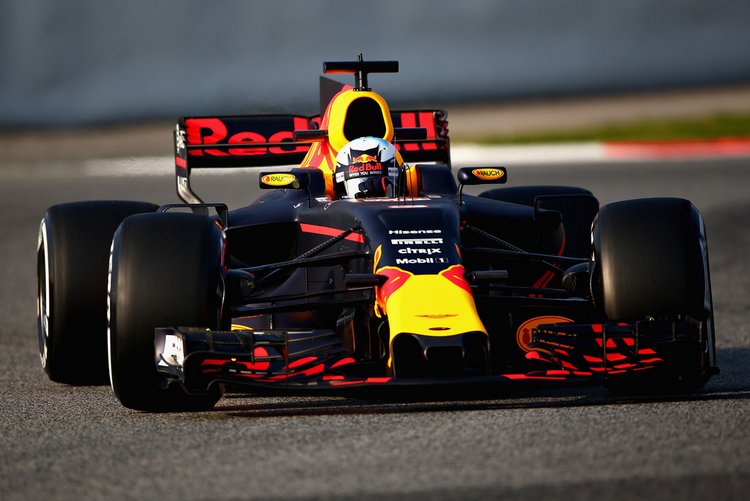 Red Bull, who unveiled their new car on Sunday – the RB13 – hit trouble on the opening morning of the first Formula 1 pre-season test of the 2017 season in Barcelona.

Daniel Ricciardo completedu only a handful of laps before his car stopped on the Circuit de Catalunya at turn four.

The Australian hitched a lift to the pit lane while his Red Bull was towed to the garage on the back of a pick-up truck.

The problem comes in the wake of Toro Rosso also encountering issues with their Renault power unit, which also powers Red Bull albeit a TAG Heuer badged version of the engine, during their filming day at Misano last week.

The team attributed the problem to a sensor issue, which the team appeared to resolve in time for the afternoon session.

A sensor issue causes @danielricciardo to stop on track… Meanwhile back at the Factory! 😳 Linked?! #BreakSuperstition pic.twitter.com/MSwk3xnLsQ