Barcelona Test 1: What to watch out for in Spain 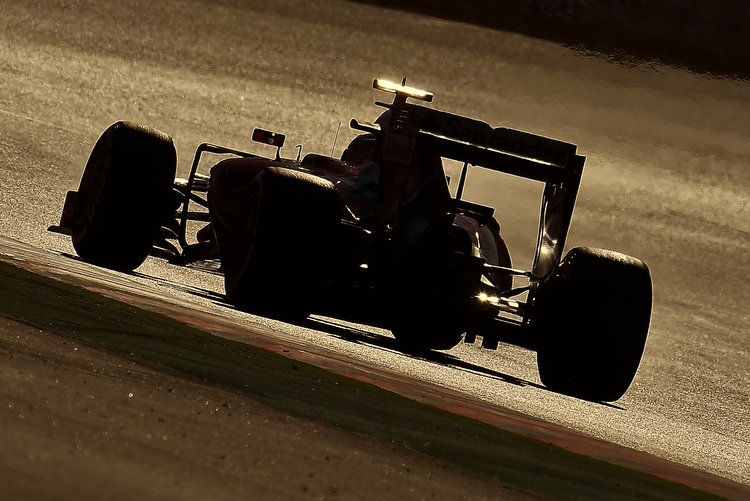 Three months since the 2016 season ended in Abu Dhabi, Formula 1 is finally back on track with the first pre-season test in Barcelona.

And while the first test always carries plenty of excitement with all the new cars, this year’s edition has the added bonus of debuting a markedly different formula from what we’ve seen so far this decade. For better or worse, aero is once again the name-of-the-game and that means cars, that if nothing else, will be a whole lot faster.

Certainly more than any year since at least 2014, the dawn of the current hybrid turbo era, the possibilities in pre-season testing are wide open. There are so many questions up-and-down the grid that can’t be answered until we see some real on-track action, with our first chance at some illumination coming in Barcelona.

Read on for a look at just some of the things we’ll be keeping an eye on at the Circuit de Catalunya.

Meet the new Mercedes… same as the old Mercedes?

The Rosberg/Hamilton rivalry is officially over, and in its stead steps up Finland’s most sentient robot yet, Valtteri Bottas. Testing times are by no means 100% accurate indicators of teammate hierarchy, but Bottas will be driving with the expectation that he is quickly near Hamilton’s pace.

Should Bottas have any sort of moment, mishap or – god forbid – crash, the pressure will only worsen on the 27-year-old. Forget the rookies, Bottas is the one driver who needs to impress.

Of course, there’s also the small matter of the car itself, which has dominated previous preseason tests – not in speed, but the one area that matters: mileage.

Across both tests last year, the Silver Arrows completed 1141 more kilometres than the next-closest team (Toro Rosso), and they’ll be expected to do once again lead the way in 2017. Personally, if they don’t at least circumnavigate the world once, I’ll be very disappointed.

Will the McLaren-Honda partnership finally start paying off?

Entering the third year of their renewed partnership, McLaren has to be desperate to start seeing some results. Each of the past two years their testing performance set an ominous tone for their season, with their struggle to rack up mileage – their 3305km was barely half of leaders Mercedes – costing them big-time in the lead up to the season.

It’s also worth mentioning that 2017 is the final year of Fernando Alonso’s contract with McLaren, and should the team be unable to take a major step forward and at least look like a race-winning outfit, his relationship could go south faster than Donald Trump’s approval ratings.

Are Ferrari going to be a force again?

Now two years removed from the optimism Sebastian Vettel and Maurizio Arrivabene’s arrivals brought to the team, 2017 seems set to be a case of “win now – or else” for the Scuderia.

Despite debuting their new challenger – the SF70-H – last week without many of the expected innovations (particularly on the wings) that will be on the car come testing, their shark-fin come t-wing combination suggests they could get quite adventurous in attempting to break out of their rut, and they’ll need to be to keep the increasingly ravenous tifosi off their backs.

Unlike in 2016, they’ll need to show the substance of race-pace to go along with the flash of deceptively fast lap times in Barcelona, otherwise they could find themselves once again behind Mercedes and Red Bull.

Can Renault close the power deficit?

After the dismal showings of their power unit in 2014 and ’15, 2016 was something of a bounce-back year for the French supplier, albeit one that still saw them a ways behind Mercedes.

Supplying three teams this year (Red Bull, Toro Rosso, and their own factory team) that are all looking to make major gains, the pressure is on to finally deliver a championship-winning engine, yet the reports of an engine failure during a Toro Rosso filming day last week have already put them in doubt.

Renault needs to respond with a relatively trouble-free testing, otherwise, expect the panic button to be hit early.

If only through the boasting of team principal and outlaw (but not in a cool way) Vijay Mallya, Force India have perhaps the highest bar to clear of any midfield team for 2017.

With a professed goal of third in the constructor’s standings, they’re going to have to beat at least two of the three big spenders (besides Mercedes) in Ferrari, Red Bull and McLaren, and that’s no easy task even with their own Mercedes engine supply.

Given their R&D simply won’t be able to keep pace with those teams come mid-to-late season, the VJM10 has no choice but to impress from the get-go.

Will the new bigger and wider tyres put Pirelli back in the spotlight?

After five years of producing rubber more temperamental than Lewis Hamilton’s fanbase, 2017 will see Pirelli shift to a more traditional tyre in every sense of the word. As obese as they are durable, tyre management is set to take less precedence over pure pace, and we should see plenty of the latter in Barcelona.

Reports from Pirelli’s tests last year (with 2015 cars) suggest corners like Barcelona’s turn 3 could be completely flat-out, making sub-1:20 lap times not the hope, but the expectation.

How long that grip lasts into a race simulation will also be worth keeping an eye on, with Barcelona being the first chance for teams and fans alike to truly gauge just how big a difference the 2017 Pirelli tyres make.

Which driver is under the most pressure in Barcelona? Which team needs to impress? What else will you be looking out for? Let us know in the comments below.