Alonso: We are disappointed and sad 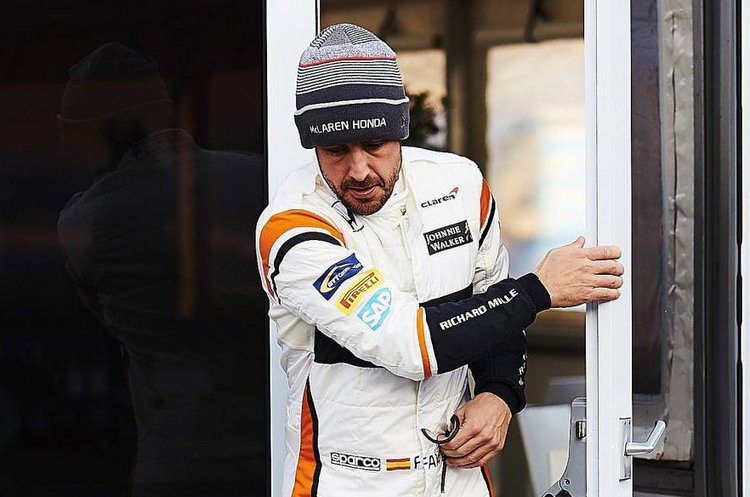 Fernando Alonso spoke of his sadness and disappointment on Monday after his McLaren once again let him down on the first day of Formula One’s pre-season testing in front of the Spaniard’s home fans.

There was doubtless a fair amount of anger and frustration bubbling away as well, although the two-times world champion managed to keep a lid on that in front of the assembled media at least.

“He was not very happy this morning,” said Racing Director Eric Boullier, diplomatically.

While Sebastian Vettel, the four-times champion who replaced him at Ferrari in 2015, banged in 128 laps, Alonso’s work report for the day consisted of one untimed lap before lunch and a total of 29.

McLaren have not won a race since 2012 and the last two seasons, the first of a renewed relationship with the Japanese carmakers, have been fraught with under-performance and unreliability.

“It’s definitely not a perfect start of the winter testing,” said Alonso, who is out of contract at the end of the season and said last week that he was approached by Mercedes after world champion Nico Rosberg retired suddenly in December.

“We are disappointed, we are sad to arrive to the first day and not be able to run. We know and are aware of the time we lost today, we have four days for each driver before the world championship starts and now one day is gone. So I have three days to prepare a world championship. It’s not an ideal situation.”

Alonso did 119 laps on his first day in the car last year, and Monday was more reminiscent of Jerez in 2015 when he completed just six.

The new McLaren ran without problems on a limited-mileage filming day at the Barcelona circuit on Sunday, using demonstration tyres, and Alonso said it looked better and had far more downforce than in previous years.

He said the cars were also clearly much faster through the corners and he was happy he would be able to push the McLaren to the limit far more.