Mallya: I am safe in this country under U.K. laws 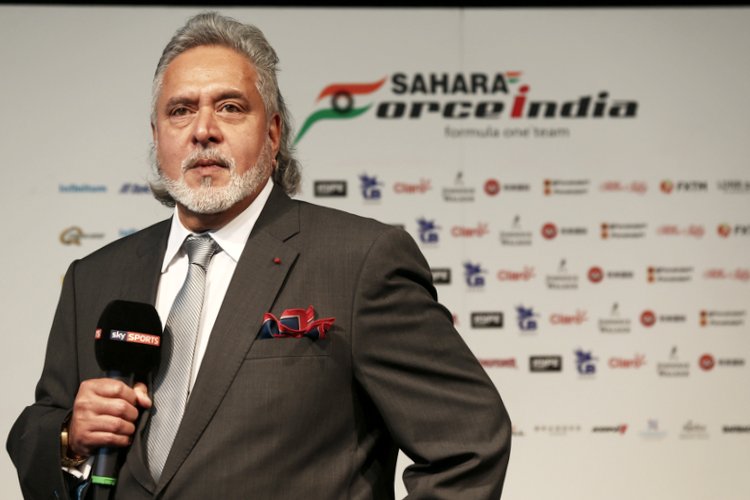 Vijay Mallya, the one-time billionaire who co-owns the Force India Formula One team said, in an interview during the launch of his team’s new car, that Indian authorities had no grounds to extradite him from Britain and he would not be leaving.

India wants Mallya to face trial after the liquor and aviation tycoon was charged with conspiracy and fraud over a loan to his defunct Kingfisher Airlines. It said this month that it had asked Britain to extradite him.

Mallya, who has a base in London as well as a country home bought from the father of triple world champion Lewis Hamilton, moved to Britain last March after banks sued to recover some $1.4 billion the Indian authorities say is owed by Kingfisher.

He has dismissed the charges against him, saying last month that “not one rupee was misused”.

“The government-owned banks are trying to hold me personally responsible for the failure of India´s largest airline and to repay their debts,” Mallya told Reuters in an interview at the launch of his team’s 2017 car. “I have a counter claim on them as well. That is in the judicial system right now.”

“Recovery of loans made to a PLC is a purely civil matter. The central bureau of investigation, at the behest of the government, converted it into a criminal matter. And then charges of defrauding banks and money-laundering appeared.”

“I will be and am severely contesting all this, legally. I firmly believe they have absolutely no case against me whatsoever.”

Mallya said he had become a “political football” between the two major Indian political parties as they campaigned in state elections.

“There is a requirement for legal and judicial determination here in the U.K., let them come with whatever evidence they have – but I doubt if they have any evidence – and then let the law take its own course,” he said.

Mallya attended only one of 21 races last year – the British Grand Prix at Silverstone next door to his factory – and watched the rest from a ‘control room’ installed in his country mansion.

He has not left the country in nearly a year, also attending meetings of the governing International Automobile Federation (FIA) by video conferencing.

“I am safe in this country under U.K. laws, until proven otherwise,” Mallya said. “And I would rather be safe than sorry because I certainly do not want to be at the mercy of some maverick in the government of India.”

Force India finished a best-ever fourth overall in the Formula One championship last season and Mallya said they were aiming at breaking into the top three dominated by Mercedes, Ferrari and Red Bull.

He rejected a suggestion by Cyril Abiteboul, the boss of the rival Renault team, that the privately-owned team could struggle in an ‘arms race’ against the major manufacturers.

Mallya, who has faced regular questions about his team’s funding over the years, said they had sufficient resources to compete.

Mallya co-owns the team with Sahara Group founder Subrata Roy, who has been on parole since May last year after spending more than two years in jail having been arrested for failing to attend a contempt of court hearing.

Roy has yet to be formally charged over a bond-selling scheme which was later deemed to be illegal by the market regulator, and has denied any wrongdoing.