Hamilton: I’m feeling in a positive place with the team 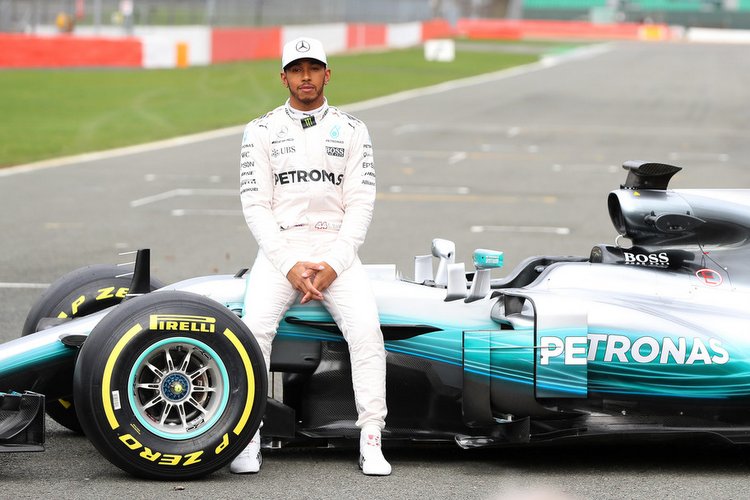 Triple Formula 1 World Champion Lewis Hamilton has affirmed his contentment with Mercedes while welcoming his new teammate Valtteri Bottas to the team on the occasion of the team’s launch event for the W08, the teams 2017 car, combined with ‘filming day’ at Silverstone.

Hamilton said, “I welcome Valtteri to the team and I know that the team will be giving us both everything they can to win the championship.”

As for his off season he said, “It’s been a fantastic winter and an exciting training season for me,” explained Lewis of his preparations for the increased physical demands of 2017.

“I’ve added a new element to my training regime that has kept it really enjoyable and I’m in great shape. Then I’ve visited the factory and that has been super encouraging to see the way in which everybody is working.

“After all the success we have had, people could be sitting back and resting on their achievements. So it’s inspiring to see how everybody is pushing even harder than ever and taking nothing for granted at all.

“This is the most exciting period of the year when the car comes together – and my privilege as a driver is then to get to feel what it’s like and what all the team has worked for.

“There’s not too much point setting goals until we’ve really driven the car, so I’m going to go with the flow until we understand the possibilities.

“I’m feeling in a positive place with the team – we talked about a lot of stuff over the winter, I was able to get some things off my chest and now we are communicating better than ever and continuing to grow together.

“I’m the best equipped I have ever been to work with my team-mate and manage the relationship with my experience and maturity,” added Hamilton who will be seeking his fourth F1 world title in 2017.

Hamilton was the first of the two drivers to drive the W08 at Silverstone, on the day, in damp and cold conditions to bag publicity video footage for the team.