Bottas: I’ve never driven a car with that much downforce 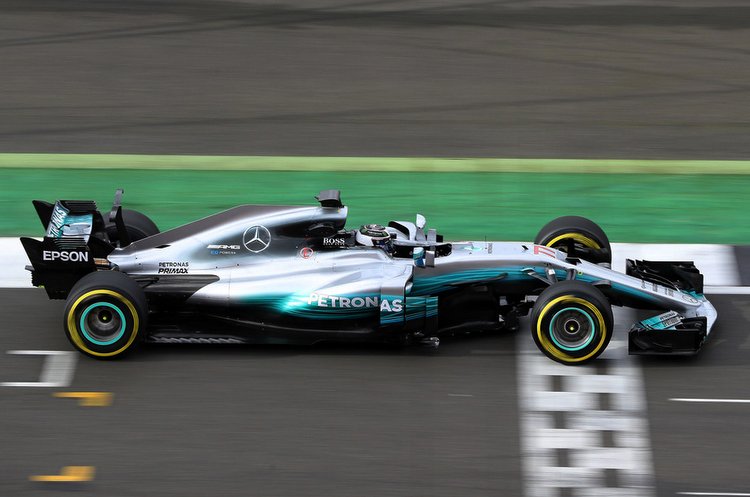 Valtteri Bottas drove a Silver Arrows for the first time on Thursday, describing it as the best looking car he had ever seen and was astounded by the performance.

“I’ve never driven a car with that much downforce,” the Finn added, after doing a few laps around a wet and windy Silverstone circuit for promotional filming after the presentation of the new Mercedes W08 car.

The sport’s most dominant team, who have taken both championships for the past three years, are likely to have another winner on their hands as Formula 1 enters a new era with wider cars and fatter tyres.

How often Bottas, who has yet to win a race after four seasons at Williams, might stand on top of the podium remains an open question.

Triple world champion Lewis Hamilton won 10 of the 21 races last year, one more than Bottas’s predecessor Nico Rosberg who took the title and then retired, and said on Thursday he felt better prepared than ever.

Some observers fear the Briton could run away with the championship, with Hamilton already the clear favourite in the betting odds.

Bottas said he had to believe he could beat the Briton, regardless of the reputation of a man who has won more races (53) than any driver apart from seven times champion Michael Schumacher (91) and also started on pole 61 times.

“The stopwatch is not going to lie,” he said. “We will see very soon how everything goes.”

“But if I thought that I couldn’t compare or be quicker than Lewis, I would rather stay at home. I do believe in my skills and that it is possible — but I do need to go step by step, day by day, race by race.”

“It is a big learning curve for me, and we still haven’t done a single lap together in the same car, so it is only guessing how we will compare. But we will find out soon.”

The Finn said he had no real plan for how to beat Hamilton, and would just take his normal approach to the job and do the best he could, “I’m feeling good, and as usual I will do every single thing I can and trust my talent.”