Bottas: I’ve been waiting for a long time to get this 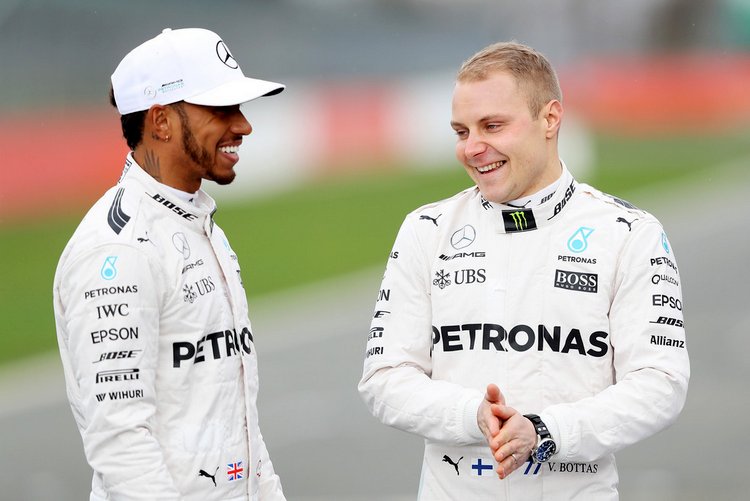 Valtteri Bottas has landed himself the most coveted seat in Formula 1 and during the team’s launch event at Silverstone the likable Finn had a wide grin locked on to his face throughout the day, ahead of his first experience driving the Silver Arrows.

Bottas said, “It’s a new chapter in my career, a new team, new regulations… new everything!”

“I’ve been waiting for a long time to get this car out on track and, although this is just a Filming Day, I’m looking forward to starting to test properly next week in Barcelona and to really understand the car that we’ve been given by everybody in Brixworth and Brackley.”

“It has been a busy winter for me since signing with Mercedes and we have tried to make the most of the time we have had.

“We’ve been going day by day, making the most of each one, spending a lot of time in Brackley and going through as much stuff as possible with the engineers.”

“I feel well prepared in such a short time but, of course, the learning curve is still steep and I’m getting more useful information every day. It’s up to us to make the most out of the time together.”

“In terms of my physical preparation, I think I have done the most amount of training of any winter so far. I have done some good training camps and feel in the best shape I’ve ever been, definitely ready for the season ahead.”

“Right now, it’s a very exciting feeling for me. I want to say a big thank you to everyone in our factories for getting this car ready to go. It’s been a massive effort and I’ve got a lot of respect for the shape we are in at the moment.”

“But it’s only the first step – and this is where the work really begins,” concluded Bottas who will be seeking his first Formula 1 victory in 2017, starting at the season opening Australian Grand Prix – the occasion of his 78th grand prix start.