Szafnauer: We have met our internal targets for the car 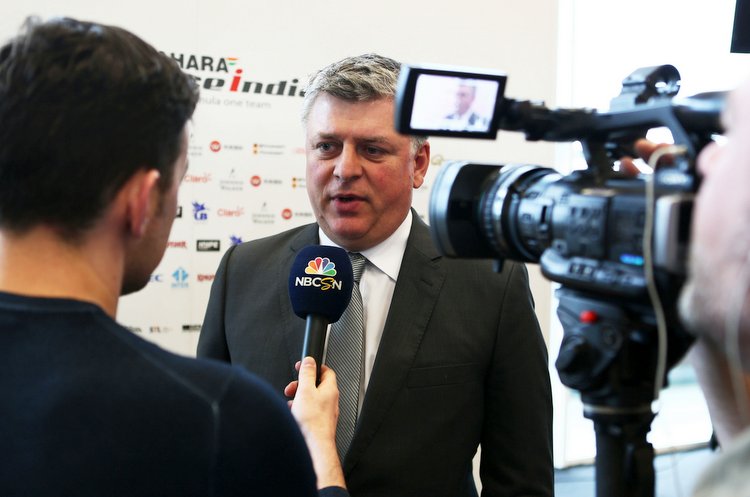 Force India’s Chief Operating Officer Otmar Szafnauer is describing the 2017 formula 1 season as a journey into the unknown as he reflected on 2016 and looked ahead to the forthcoming season during the launch of the team’s VJM10 at Silverstone.

Otmar, new season, new rules and a new driver in the team – there’s plenty to keep you busy…
OS: All those variables have certainly kept us on our toes over the last few months, but overall I think we are in pretty good shape heading into the new season and the start of testing. 2017 represents a new era for the sport and it’s going to be fascinating to see how things shake out in the early races.”

2016 was the most successful season in Sahara Force India’s history – what is the secret to the team’s success?
OS: It’s hard to try and capture the route of our progress in a simple catchphrase. One of the reasons we have been able to improve year after year is down to the employees and the way we work together. We’ve tried to create a unique environment so that people enjoy their work, make a genuine contribution and are recognised for their efforts. We’ve also built a team of true racers. We are all extremely competitive and share a burning desire to do well. The unified team spirit and harmony of everybody pulling in the same direction, without internal politics, is a big contributing factor towards our success story.

What approach have you taken to the new season to allow for such a big regulation change?
OS: I think the big difference has been how early we had to switch over all our resources to the design and development of the 2017 car – maybe three months earlier than we have done in previous years. That occurred pretty early in 2016 and from a resource deployment perspective it has been a totally different approach.

What have been the main challenges over the winter?
OS: The main challenge has been getting all the parts manufactured on time to build the car. That’s always the main task of the winter, but this year the cars are completely new and nothing can be carried over from previous years. This has put a bit more pressure on all areas of the factory because there’s no margin for error or breathing space. Even if you’re missing just one component it can delay the debut of the car.

One variable that remains constant is the powertrain. It’s now the ninth year for the team with Mercedes-Benz power…
OS: Mercedes continue to do a tremendous job and we enjoy working with them. They have led the way through the V6 era and, although the other manufacturers have closed the gap, I believe their 2017 powertrain will remain the class of the field.

Have you been able to invest in the factory resources over the winter?
OS: The big change for 2017 was our ability to laminate the chassis tubs in-house rather than having to rely on outside suppliers. It’s an important step forward and means we have complete control of both scheduling and quality. It saved us a significant amount of time and I’d go as far as saying that these are the best quality chassis we’ve ever produced. We’ve also expanded our machine shop capability, which gives us greater freedom to control the production of some of the mechanical components.

Is the team still using the wind tunnel in Cologne?
OS: It remains an important part of our development strategy because it’s still a step ahead of the facility we have in Brackley. However, we know that our competitors have even better tunnels so we can’t be complacent. We need to keep working hard to improve the tool and the accuracy of the data we get from our experiments. We’ve made good progress on the aero side over the last few years and, although we will see completely new aerodynamics on the 2017 car, it’s fair to say that our aero philosophy is very similar to 2015 and 2016.

How has Esteban settled into the team?
OS: Esteban’s arrival in the team has gone very smoothly. He’s excited ahead of the season and has been working hard on the simulator to get up to speed. He’s had a very positive impact on the team because we share the same attitude to racing. Esteban knows we have high expectations and we will strive to create a working environment that will allow him to flourish. If we want to build on the results of 2016, it’s important to have two drivers performing at a high level and we need Esteban on the pace from the start of the season.

Sergio is entering his fourth year with the team – what can he achieve in 2017?
OS: He’s very comfortable in this environment and that shows in the results he has achieved recently. He’s a more rounded driver compared to when he joined us in 2014. Back then, he would sometimes struggle in qualifying, but he’s worked hard to turn qualifying into one of his strengths: he’s on the pace straight away. Sergio has always been a tenacious racer and has the ability to look after the tyres. We are excited to see what he can deliver in this new era of Formula One.

What are realistic objectives for this team in 2017?
OS: As a team we have some internal objectives, but it’s very hard for me to verbalise those ambitions because it’s impossible to know what our competitors could achieve given such a huge change of regulations. What I can say is that we have met our internal targets for the car – for example in terms of the aero numbers we set as the goal for the launch car. How those targets compare to our competitors is impossible to say until we hit the track.

What can we expect from F1 in 2017?
OS: Whenever you mix up the rules it’s bound to introduce some uncertainty. There’s the opportunity for teams to achieve or underachieve and if that happens it will disrupt the status quo. Will the new rules create better racing? Only time will tell. The cars will be significantly faster – not down the straights, but through the corners – but the braking zones will be reduced and that won’t necessarily have a positive impact on overtaking opportunities. I certainly like the aesthetics of the new cars because they remind me of the racing cars of old. I’m sure they will look spectacular on the track too.