Perez: I dream we can achieve our first victory 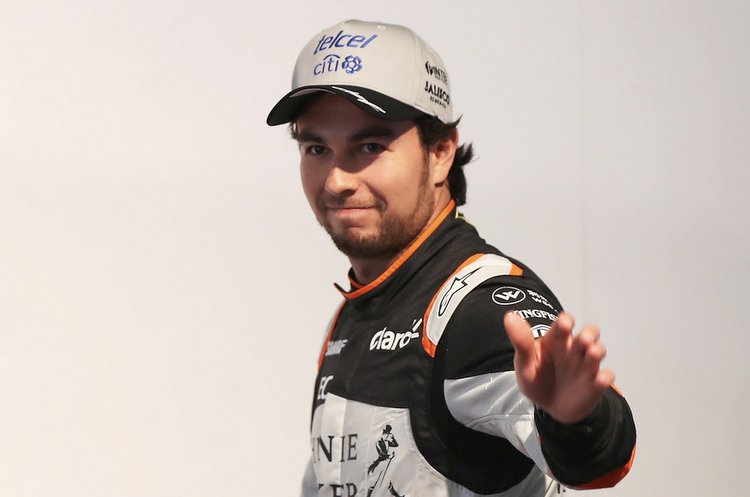 Sergio Perez will race with Force India in Formula 1 for a fourth year, growing with the team during the period and leading it to a fine fourth place in the constructors’ championship in 2016, this year he will be the ‘senior’ driver and aims to do even better.

During his three-year tenure at Sahara Force India, Sergio Perez has matured into one of the fastest drivers on the grid, surprising the world of Formula One with a string of giant-killing results that established him as a leading force in the sport.

At 27 and in the wake of his most successful season in his career, he can match the hunger for more success with the experience of six seasons at the forefront of the sport.

It’s almost three months since you were last in an F1 car – you must be ready to get back behind the wheel…
SP: I’m really excited and looking forward to seeing this year’s cars. The new rules represent a massive change for everyone in the team and for me as a driver. After the long winter and preparation at the factory, you simply want to get out on track and experience your new car.

How did you spend the off-season?
SP: It’s been a mixture of relaxation and lots of training. It was nice to go home to Mexico and see my friends and family because it’s not something I can do often during the racing season. Also, this year my training schedule has been much busier because I need to be ready for the massive physical challenge of the 2017 cars.

Have you done anything different this winter on the fitness front?
“I’ve not really changed that much, but just spent more time doing the same things. Normally I would spend the month before testing doing intensive training, but this year I’ve been working really hard for two and a half months. I’ve been training in the hot weather too.

What will be the biggest change compared to last year?
SP: It’s going to be the energy and force you feel through the corners. It’s going to be much more physical with bigger lateral forces. Also, I expect less degradation with this year’s tyres so the rhythm of the races is going to be faster with less drop-off. I really hope that these new regulations will test us as drivers and put us under pressure. Formula One needs to expose who are the best drivers over two hours and I think the new rules are taking us in this direction.

How are you getting on with your new teammate Esteban?
SP: I don’t know Esteban that well yet, but he seems very friendly. I’ve always got on well with my teammates and my relationship with Nico [Hulkenberg] was very open so I think it will be the same with Esteban. I hope we can push each other hard because it’s important to have somebody next to you who can really challenge you. That’s what the team needs too.

This is your fourth season with Sahara Force India. You must know the team inside out by now…
SP: The time here has gone really quickly. We’ve had an incredible amount of success in the last three years and I want this fourth year to be even better. Knowing everybody makes a massive difference because you feel as though you are part of the family, which is especially important when you start working with a new set of regulations.

What are your personal goals for the new season?
SP: My target is to improve on what we achieved last year, which will be a big challenge. I hope that we can be one of the surprises of the season and I even dream that we can achieve our first victory together. This is a pure racing team; everybody understands their role and we all work well together. That’s why I believe we can keep delivering in 2017.