Ocon: I’ve got to aim to score points at every race 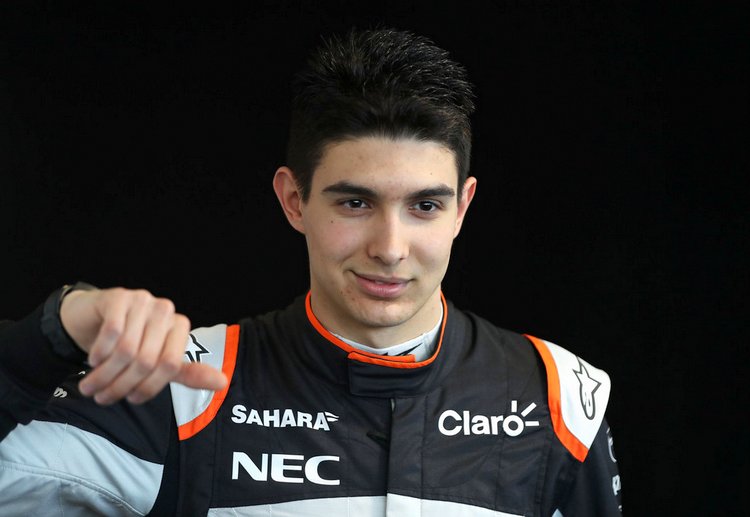 Esteban Ocon embarks on his first full season as a Formula 1  driver with Force India in 2017, the highly rated Frenchman was chosen ahead of several illustrious contenders for the seat and aims to prove that the team’s decision to opt for him was the correct one.

With nine grands prix under the belt with Manor last year, he has a good idea of what to expect this forthcoming season.

Esteban, you’re entering your first full season of Formula One – share your emotions with us…
EO: I’m very excited ahead of the season and the beginning of this new era of Formula One. The winter has gone massively quickly and the whole team has been working very hard to help me prepare for this new chapter. There is so much to take in and learn, and lots of new people to meet, but I’m feeling at home already. The main emotion is simply one of excitement and anticipation.”

What are your first impressions of working with this team? What makes Force India special?
EO: I would say two words: atmosphere and motivation – that’s what stands out about this team. It really feels like a family and everybody is motivated to deliver the best possible car and great results. I’m really impressed by the feeling inside the factory.”

How steep will your learning curve be in 2017?
EO: You can always learn more. Even if you have started 100 races, you can still improve. I think the nine races I did last year have helped me to discover some of the main challenges you face as a Formula One driver. I’ve learned where you need to put your focus and energy. I don’t feel like a rookie anymore and this team needs me to be on the pace straight away and getting strong results. I feel ready for this opportunity.”

What were the main jobs over the winter?
EO: The seat fit was the main priority and being comfortable in the car is very important because the new cars will be even more physical to drive compared to last year. I’ve done lots of simulator sessions, too, and spent time with my engineering team.”

Tell us how intense your fitness regime has been over the last few months…
EO: I’ve been taking my fitness very seriously because the cars are going to be so much quicker this year. Instead of a two-week training camp, I’ve already done two full months at altitude in the Pyrenees. The training has been very high intensity and I’ve focussed on gaining some weight to help my strength. I’ve also done visualisation and reaction work because quicker cars mean you need to make decisions faster.”

What can we expect from the 2017 cars in terms of their physicality?
EO: You will feel the extra force of the cars all over your body, not just in your neck. For example, the braking pressure to stop the car will be much higher so you need the strength in your legs. The g-force will increase everywhere – under braking and in corners – so it’s going to be a more physical experience.”

What about your new teammate Sergio? How are you getting along together?
EO: I don’t know him very well yet, but we spoke a few times towards the end of last year during the drivers’ parades. We spoke about this team and why he wanted to stay here. He’s a great guy and I look forward to learning from him because he is an excellent driver who has achieved some awesome things with this team.”

What are your goals for this season?
EO: I’ve got to aim to score points at every race. That’s the level of this team and I will be disappointed if we don’t start the season with some good results. I know it’s not going to be easy and all the teams around us are going to be strong, but we’ve got to aim high. The first goal is to make the most of testing and develop the car in the best direction. After two weeks in Barcelona we will hopefully have a better idea of what to expect in Melbourne.