Jos: It is still a year too early for Max to win the F1 title 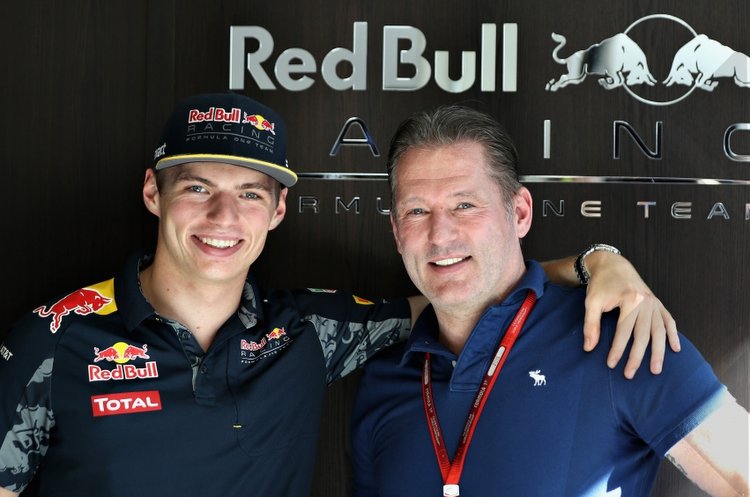 Jos Verstappen is as eager as his 19 year old son – Max – for the new season to fire up when the 2017 cars take to the track in Barcelona for the first preseason test starting 27 February, and believes his son is in top form but played down world title expectations.

In an interview with Sport Total, Verstappen senior said, “I am happy things are about to start again. It’s been a long winter for me. I am happy that we are going to Barcelona next week.”

Max lives in Monaco these days and Jos admits that the separation is tough, “I miss Max tremendously. For twelve years we have traveled and driven all over the world.”

“Eventually he makes it into Formula 1 and you know that it will happen. And all of a sudden, it happened so fast that he is gone. He is not around anymore. He is in Monaco. So it wasn’t the most easiest of time for me.”

“I am not worried. Max is someone who isn’t bothered with being all by himself. He will cope. He is quite easy going and has a lot of friends in Monaco. Actually, he is doing very well.”

Verstappen senior also gave insight into the training regime his son is undergoing ahead of the new season where faster cars will be tougher and more challenging to drive.

“Max was often on the couch, more dead than alive by having trained so hard. He also gained some three or four kilos, mainly muscle mass. You can clearly see it; mainly around his neck, arms and legs. He works out very hard.”

“He needs to, because the cars are much faster now. It is thought that they might be some three seconds faster per lap, mainly in the corners. So there will be more forces working on his body.”

As for the season ahead Jos mused, “By now we know that Max always goes for the maximum. You are always dependent on your car of course, but even on that I have a good feeling. Red Bull has always been quite strong regarding new rules.

“Aerodynamically there is much more possible, there are larger tyres. With the information gathered here and there, I have a strong feeling that it looks good.”

“There is speculation that he is going to win the championship and what not. Personally, I think it is still a year too early. I am opting for 2018. I feel that the gap to Mercedes needs to get smaller. He is more experienced, knows the circuits, won a race last year and I hope that more will follow.”

“If he would be able to win three or four more races, for me that would be great. And it is possible. The expectations are very high, that’s one thing that’s for sure,” concluded Verstappen.