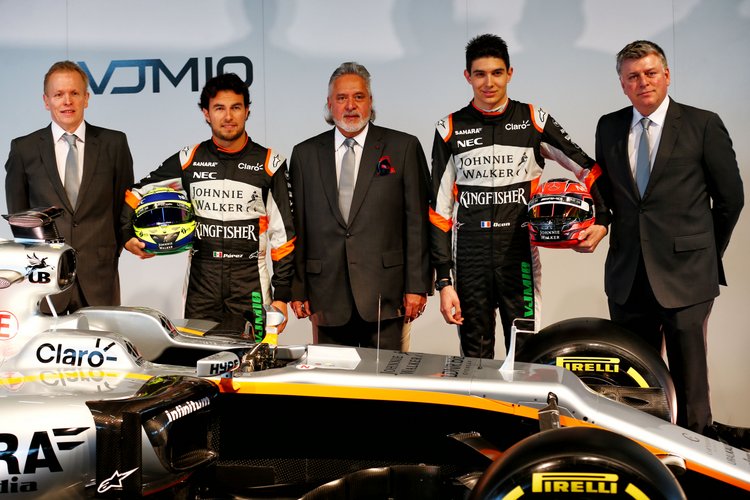 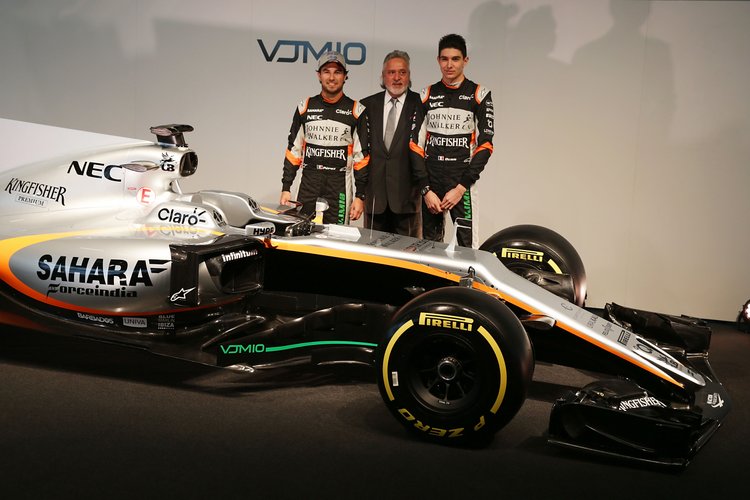 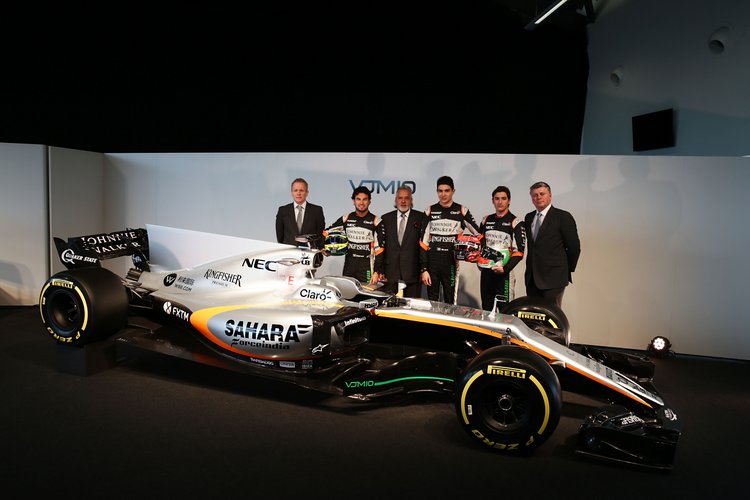 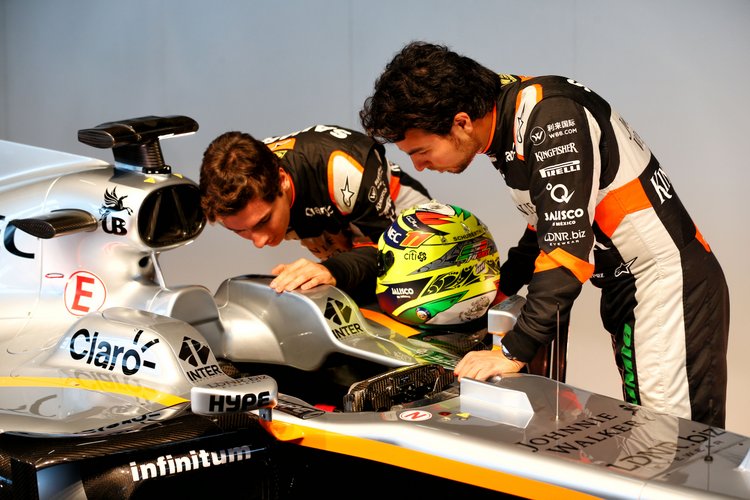 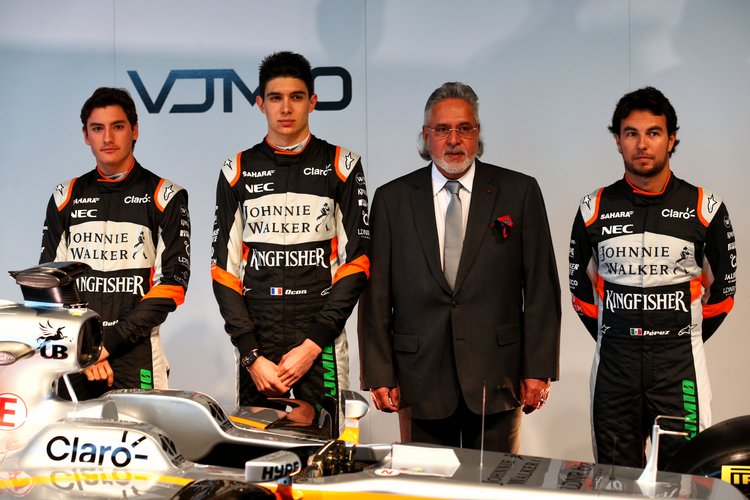 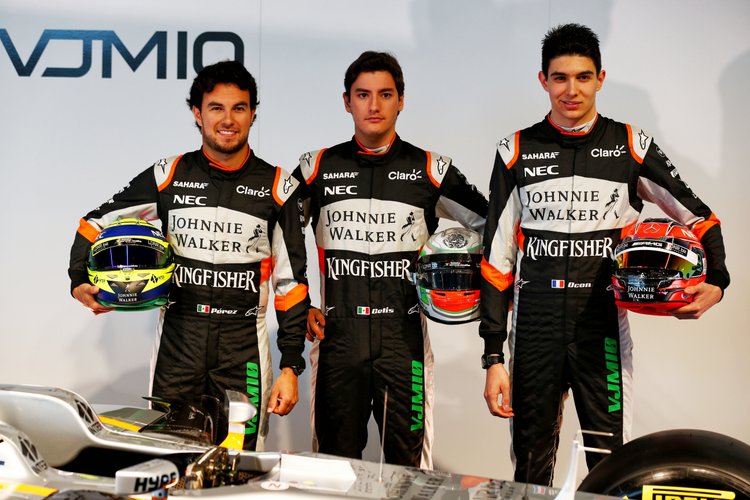 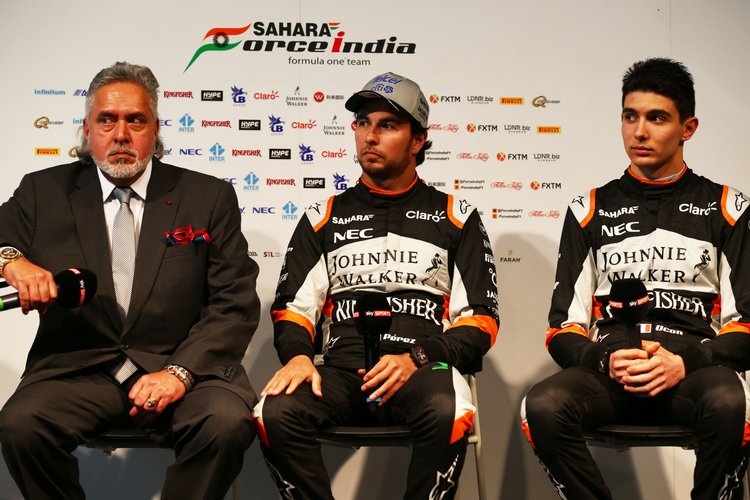 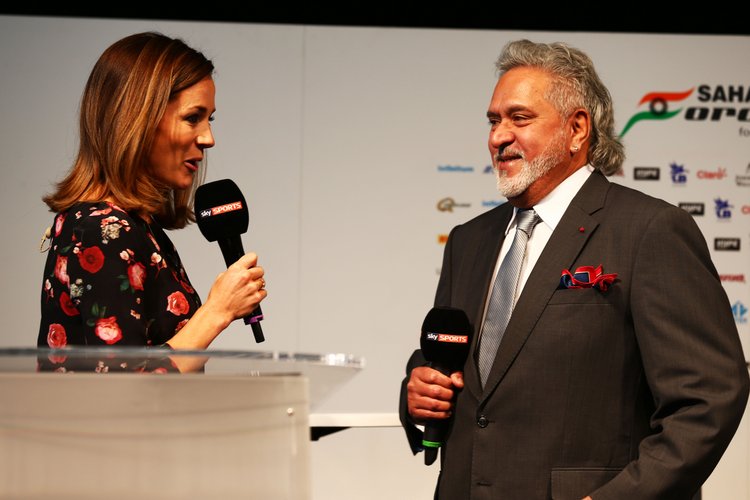 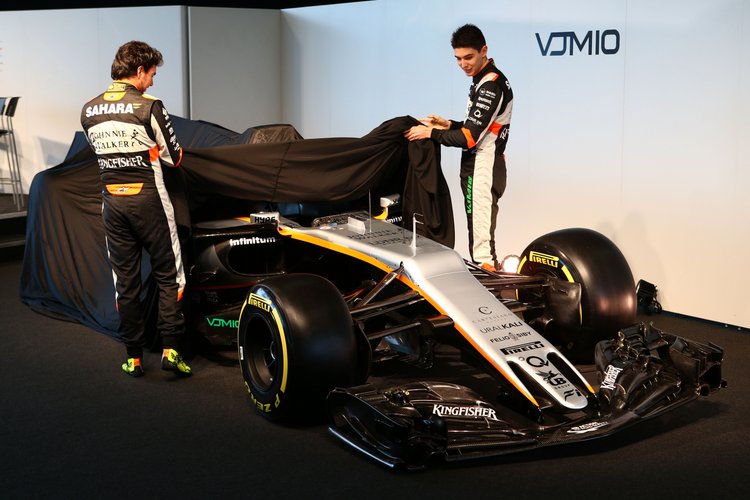 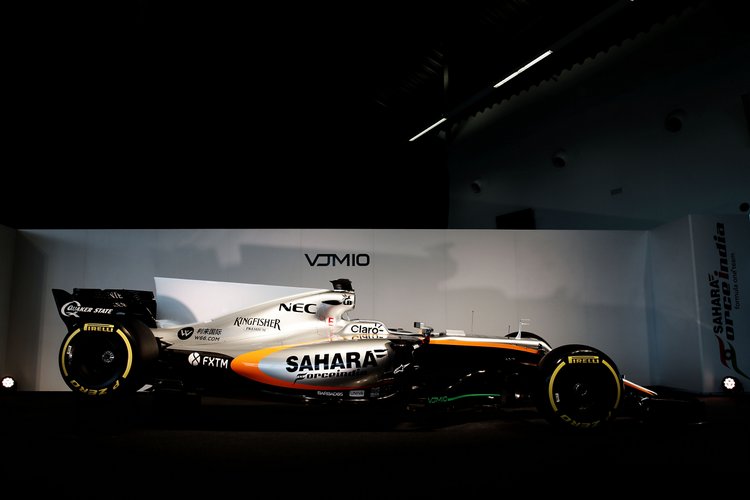 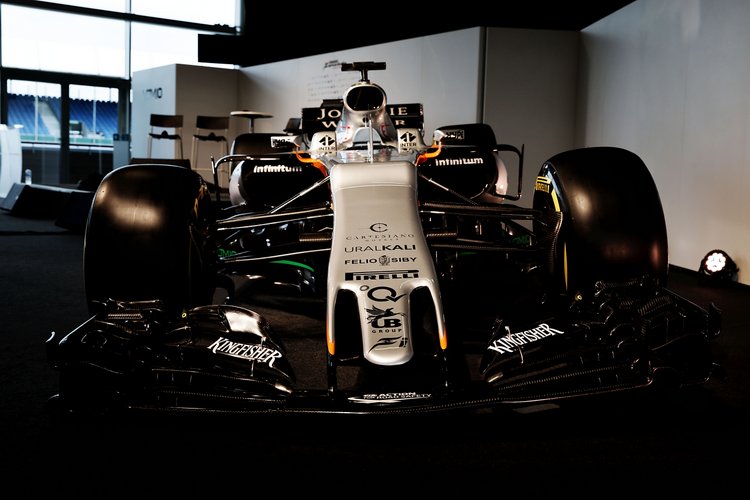 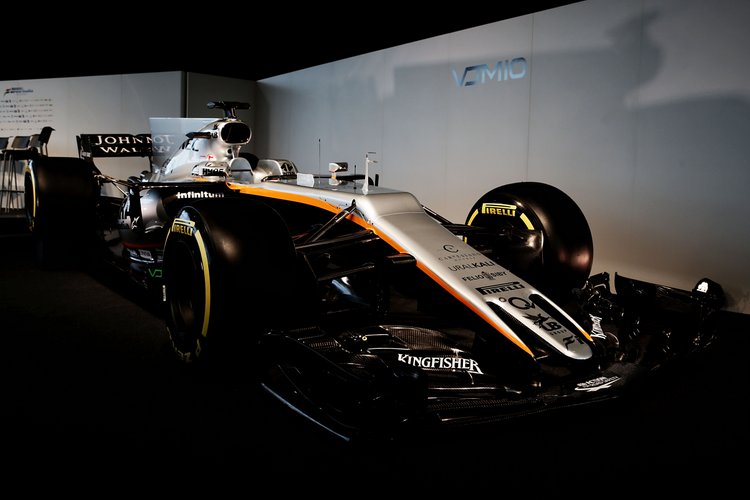 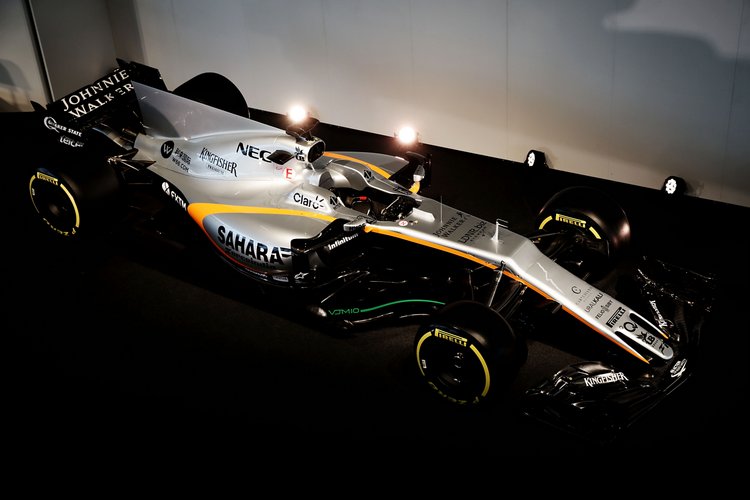 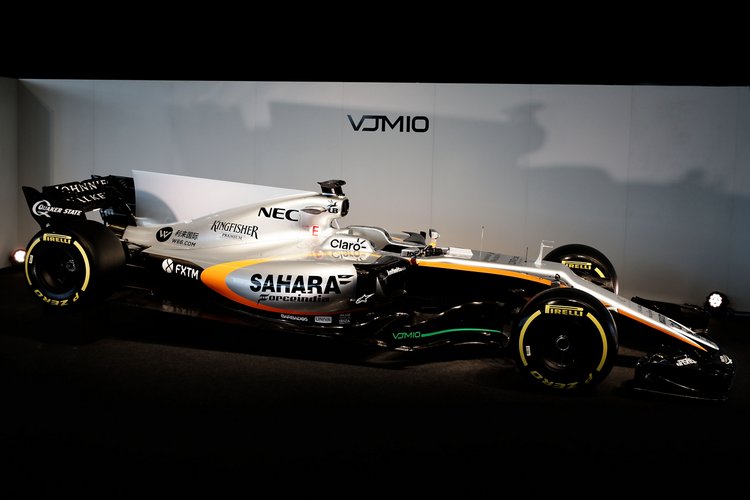 Force India set their sights on breaking into Formula One’s top three at the launch of their new car on Wednesday and hit back at suggestions that they lack the budget to match the manufacturers in a spending ‘arms race’.

“If we did not dream big, we would not have finished fourth in the world championship last year,” said co-owner and principal Vijay Mallya, the embattled former billionaire whose extradition is sought by India.

“We will always dream big,” added the liquor tycoon who was charged in absentia last month by India’s Central Bureau of Investigation with conspiracy and fraud over a loan to his defunct Kingfisher Airlines. He has dismissed the charges against him.

“We have never had conversations, even in private, that we cannot break into the top three. That is certainly going to be our objective. We are going to give it our best shot.”

Force India’s annual budget is estimated at less than half that of the teams above them and also some of those below, such as McLaren.

Renault Sport F1 managing director Cyril Abiteboul told reporters at the launch of his team’s car on Tuesday, when he set a target of fifth overall, that he doubted Force India had the resources to compete at the very top.

“I think this season will be an arms race, and I really feel for the teams who are under-resourced,” the Abiteboul had said. “I believe that most of the car build budget of a Force India will be gone by now, just to cope with the new regulations.”

Mallya laughed at the suggestion during a stage presentation, “Good luck to him. He might have to eat his words. It’s not the amount of arms you have, it’s the quality of your weaponry.”

Mallya said the team planned to develop the new Mercedes-powered VJM10 throughout the season but would not a target for podium finishes or points he wanted Mexican Sergio Perez and French newcomer Esteban Ocon to achieve.

“I’ve always said ‘under promise and over deliver’,” said Mallya of his approach to Formula One. “And I’m going to stick to that philosophy.

“As much as people may say there is this huge barrier to breaking into the top three, I see no reason why we can’t.”

Sahara Force India launched its 2017 season today offering fans and media their first look at the team’s new car, the VJM10. Silverstone circuit was the venue as Sergio Perez and Esteban Ocon pulled back the covers to reveal the team’s dynamic new look including an updated livery and expanded partner portfolio.

The VJM10’s new aerodynamic package is guaranteed to get heads turning, while the silver and orange livery retains the team’s traditional colours with a fresh twist. Branding from Johnnie Walker appears on the rear wing and top of chassis marking the start of a partnership with the whisky brand.

Telecommunications brands Claro, Telcel and Infinitum continue their partnerships for a fourth season, while NEC branding remains on the engine cover.

Motor oil brand, Quaker State, continues its relationship with the team, as does long-time partner, Kingfisher, with its logo positioned on the engine cover. The VJM10 headrests carry eye-catching Hype Energy branding, while the team’s newest partner, FXTM, takes up a position on the rear of the sidepod. The team also welcomes eyewear brand, LDNR, with its logo on the front wing end plate.

Team Principal, Dr Vijay Mallya, was the first to praise the VJM10: “I can’t remember being more excited ahead of a new season. The VJM10 looks aggressive and purposeful, and is the result of a huge effort behind the scenes over the last twelve months. We have big hopes for this car, which looks stunning in its new livery.”

With a complete overhaul of technical regulations, the VJM10 represents a clean sheet of paper in terms of design.

“This year the cars are completely new and nothing can be carried over from previous years,” explained Chief Operating Officer, Otmar Szafnauer. “Although we have completely new aerodynamics on the VJM10, it’s fair to say that our aero philosophy is very similar to 2015 and 2016.”

Technical Director, Andrew Green, explained how the team has relished the challenge presented by the new rules and expects huge scope for in-season development: “It’s definitely a big overhaul; one that requires a change in mentality. It took a bit of time to adjust at first, but we are there now and I am confident we know where to look and where the performance is coming from with this car. The development slope is incredibly steep and we are going to see significant updates to the cars at regular intervals, right from the start; it’s going to be big updates and I don’t think development will start to taper off any time soon.”

Vijay Mallya remained cautious on setting a target for the season, preferring to reserve judgement until the racing begins: “Simply repeating our performance level of 2016 will be a big task in itself. I don’t want to set goals or targets other than to say that we intend to maintain the momentum we have built up in recent years and carry it into the new season. There are too many unknowns to say more than this.”