Palmer: Imagine if we can do a Brawn 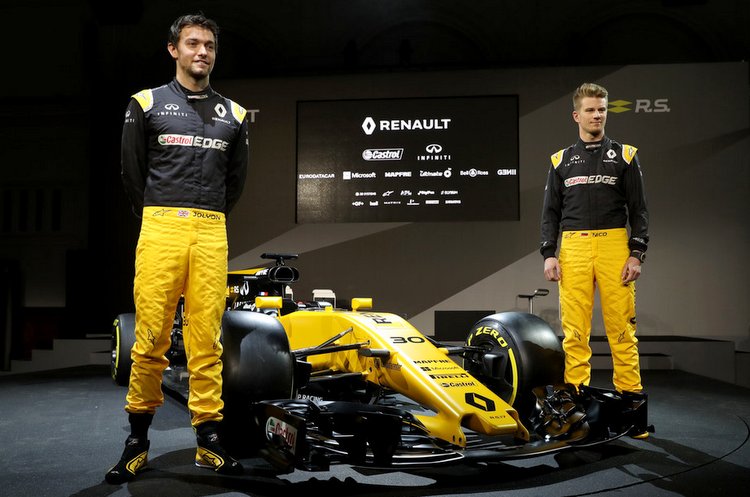 Jolyon Palmer believes anything is possible this season following sweeping changes to the Formula 1  rulebook – and admitted his friends have already joked he could emulate Jenson Button’s fairytale title triumph.

Button won the championship with Ross Brawn’s team – which emerged from the ashes of Honda – back in 2009 after they took advantage of an overhaul to the sport’s technical regulations.

Button, who will not be competing in Formula One this year for the first time since 2000, won six of the first seven races before clinching the championship at the season’s penultimate grand prix.

“Some of my mates have been saying ‘imagine if you can do a Brawn’,” Palmer said after taking the wraps off his Renault RS17with new team-mate Nico Hulkenberg in London.

“It is possible and that is the good thing with the new regulations. It is a completely blank canvas. We have no idea what anyone else is doing, and they don’t know what we are doing.

“We will hit the track in Barcelona next week and see some sort of form guide I guess, but compared to the last few years it is a real chance for someone to upset the form book, especially early on. I think there will be a chance if someone really gets the race right to make a big jump.”

The cars will be bigger, heavier and more aggressive-looking this year following a series of changes to the technical regulations in a bid to spice up the racing.

They are expected to place a greater physical challenge on the drivers with lap times set to tumble by up to five seconds.

Palmer, who is set to compete in his second season in the sport after being retained by Renault, says he has put on four kilograms to cope with the new demands.

“I had the full works at Christmas,” Palmer, 26, joked. “It is the first winter in many years where I have actually had to put on weight.”

“I feel in a good position to start the year. There have been a lot of hours in the gym, and hard work to get there, but I am looking forward to see how it stacks up on track.

“I feel more confident, more relaxed and I know what to expect. The way Formula One works I have understood a lot more over the last 12 months. As a team we should be a lot more competitive so it is an exciting time.”

Palmer, who scored a solitary point in his debut campaign, will take to the track next week at the first winter test in Barcelona. The season starts in Melbourne on March 26.