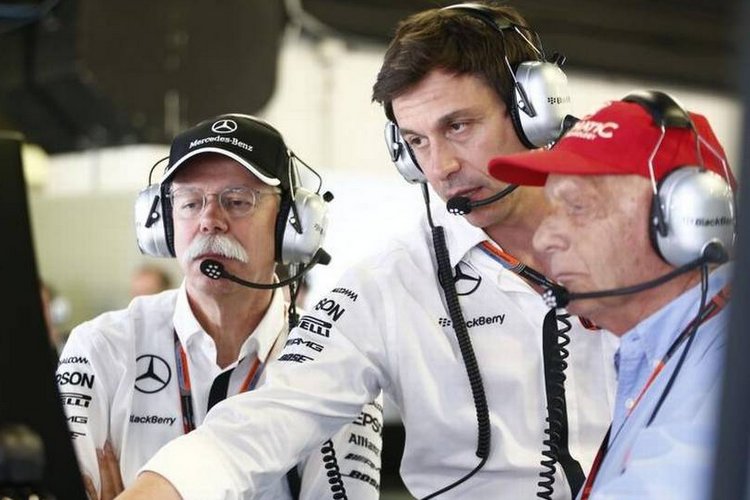 This week Mercedes announced that Toto Wolff and Niki Lauda have had their respective contracts extended until 2020.

Now a day later Bild has revealed that Niki Lauda could bank as much as €2-million per year which amounts to €8-million over the the four year period if all bonus targets are attained.

The F1 legend also owns 10% of the team which was part of the sign-on deal which Mercedes offered him in 2012.

Wolff, who has been Mercedes motorsport and Formula 1 chief since 2013 owns 30% of the team, is reportedly set to earn over

Wolff, who has been at the helm since 2013 and owns 30% of the team, will allegedly earn €3.5 million euros this year and will allegedly bank an extra €10-million during the next four years.

Although the Mercedes chiefs’ salaries are more than some drivers on the grid, their earnings are dwarfed by the €31-million Lewis Hamilton will earn in 2017 and a similar amount for his services in 2018.

Mercedes newcomer Valtteri Bottas has a one year deal with the Silver Arrows said to be worth around €8-million.

Interestingly, had Nico Rosberg not retired at the end of last season he would have cost Mercedes around €36 million over the next two years.

Mercedes are clearly delighted with the massive success they have enjoyed with Wolff and Lauda at the helm, Dr Dieter Zetsche, Chairman and CEO of Daimler AG, said of the extensions, “It’s great news that Toto and Niki have extended their agreements.”

“In 2013, we restructured the management of the team with the clear goal of improving our performance. Since then, however, the results have exceeded our expectations,” he added.