Sauber: We have great opportunities to be competitive again 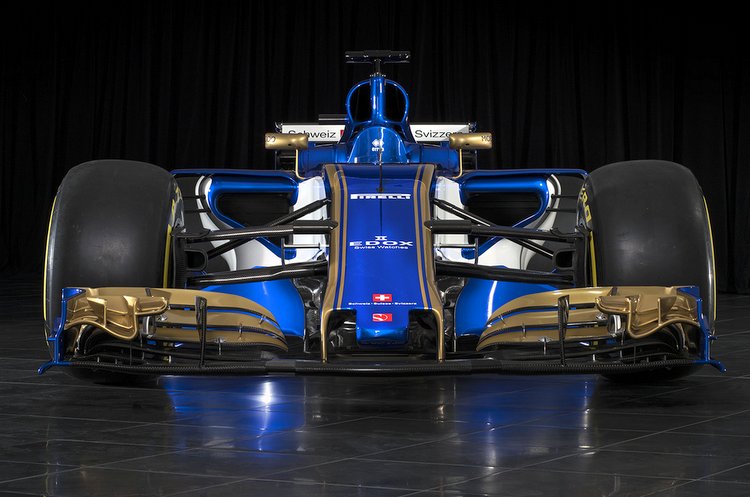 Sauber presented their new Formula One car on Monday, celebrating the Swiss-based team’s 25 years in the sport with golden lettering but little in the way of sponsorship branding on the blue and white machine.

“The anniversary car for a new era,” said Sauber, which was bought by Swiss investment firm Longbow Finance last year, alongside pictures of the C-36 car posted on the team’s website.

The words ’25 years in Formula One’ were written in gold on the side of the airbox and in front of the driver but the car shown was otherwise a blank canvas in terms of sponsorship.

The new livery is a change from last year’s blue and yellow, the corporate branding of now-departed backer Banco do Brasil.

Ferrari-powered Sauber finished 10th of the 11 teams last season, scoring their two crucial points only in the penultimate round in Brazil to overtake now-defunct Manor.

“Together with Longbow Finance S.A., we have great opportunities to be competitive again and to return to previous successes in Formula One,” said team principal Monisha Kaltenborn.

“We want to position ourselves with a new approach, and we have already taken the first steps in order to build a solid foundation for the future.”

Kaltenborn said Sauber had the resources to develop the car, which will use the reliable 2016 Ferrari power unit rather than the latest model, through the season and was aiming at a return to the team’s previous place among the midfield.

Sauber have only once won a race, in Canada in 2008 when BMW owned the team.

The team has retained Swedish driver Marcus Ericsson this season but Brazilian Felipe Nasr has been replaced by Germany’s Pascal Wehrlein.

The wider and lower car has no carry-over parts from last season, reflecting the new aerodynamic and technical rules that should see faster lap times.

“We put greater emphasis on aerodynamic stability as opposed to maximising downforce,” said technical director Joerg Zander, who returned to Sauber only last month after a previous stint at the Hinwil factory under BMW.

“Basically, big teams also have an advantage when it comes to major changes in the regulations. But when the cards are reshuffled new opportunities always present themselves as well.”

Testing starts in Barcelona next week, although Wehrlein is ruled out with a back problem. Sauber has yet to name a replacement.

Monday marked the start of a week of Formula One launches, with Renault next up in London on Tuesday.