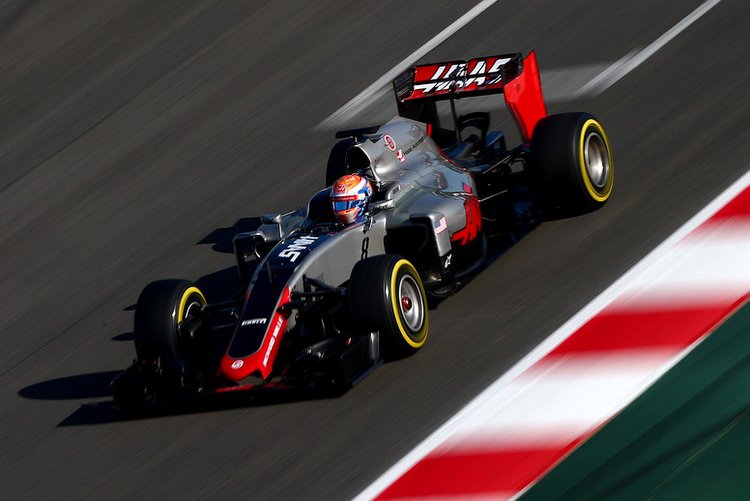 Haas F1 team principal Guenther Steiner is hoping for long runs with few mechanical issues when his team takes to the track in Barcelona for the first 2017 Formula 1 test of the year, starting on 27 February.

Here is a Q&A with Steiner supplied by his team as a preview to action at Circuit de Catalunya.

Explain what happens during a test.
“In our first test of the season, you try to make sure everything works as you designed it. You just prove out whatever you did, and in the second part of the test, you try to get performance out of the car. Or, better said, you try to get performance as quickly as possible. First of all, make sure everything works. Everything is new on the car. The first test is quite important just from a reliability factor. You try to learn as much as possible about the car. You get the baseline on the car and you work off that baseline the rest of the year.”

What are your expectations for the test?
“The expectation is to run as much as possible, to understand the car and to make it reliable. Our second test last year was not very successful. We had a lot of mechanical problems. We hope we do better on that one, so when we get to Melbourne we are as prepared as we can be.”

How much of the test will be spent getting Magnussen up to speed with the team’s methodologies and him getting to know his crew?
“I don’t think that will be difficult. For sure it will take some time, but I don’t think we will spend a lot of time on that one. He’ll have been in the simulator by then, already twice, and he has worked with his race engineers. It looks like they’ve established a good way of communicating. He has done this before. It’s nothing new for him. It’s just a little bit of change for him from where he was before.”

Despite the team having a year’s worth of Formula One experience, will the new car regulations make this test feel like the first time all over again?
“Not completely. If you go out there the first time, as a new team, you’ve got a lot of things which are unknowns. Now a lot of things are known like pit equipment, processes and procedures. We’re a lot better on those ones than we were last year, but it’s still a new car and we need to learn more about it. It’s more about the engineers trying to get the best out of the car, and to try to understand the tires as quickly as possible.”

How do you manage personnel during a test, as it seems to be a 24-hour work day, everyday?
“At the test, there is no limit to how much we can work. We have a day and night shift. In the old days, which weren’t so long ago, it was the same people doing the day and night shifts. What is done now is you have people coming in around 6 p.m. and have dinner with the guys from the day shift, so they exchange what they learned and know what they have to do. The (night shift) guys take over and work until the sun comes up, then the day shift comes in again and you do the same thing. They have breakfast together and some go to sleep and the others go to work.”

How do you prevent personnel from burning out?
“What you do normally, because at the test you run only one car and have two mechanic crews, you swap them over on the second test. You still have to be careful because you will have some who don’t want to go home. They want to stay, so you have to tell them ‘No, your time is over.’ It is quite a challenge. We try to give them a Saturday or Sunday off before they go to Australia. These guys, when they come back to the workshop after the second test, have to rebuild the cars before they are shipped to Australia. You have to be careful so they aren’t burned out.”

Can you compare this year’s car build to last year, and what you learned from last year that you applied this year?
“Last year we went into this not knowing a lot of things because we hadn’t experienced them. Now, this year, we know a lot more and we can organize it a lot better because there are a lot less question marks. We started last summer to make improvements and to see where we were weak and where we had problems, and we addressed them with our suppliers and our partners. A lot of stuff seems to be working. It seems to be a lot slicker than last year. That’s how it should be.”

How has a year of experience helped Haas F1 Team’s relationship with its suppliers?
“It’s a lot easier. We started talking with all the partners and suppliers in the middle of summer. We had very good, constructive discussions about the areas we could improve. We found areas of potential where we could do better and everybody upped their game. Last year, they didn’t know us and they didn’t know what we could and could not do. So, everybody learned last year. It seems to be a much more fluent process. We know each other as people now and relationships have developed. It’s much easier to talk with people when you know each other on a personal level.”

What do you take from the test at Barcelona and apply to the season opener in Australia?
“You prove out your methodology, how you work, how your guys work. You have the time in between – 10 days to fix it. There is so much electronics in these cars, software programs. You try to prove out everything so there are no mistakes. When you get to Australia and your drivers notice the car’s behavior isn’t right, you will know what to do to get the behavior of the car right. It’s a mix of everything. The biggest thing is to run as much as possible at Barcelona and avoid any downtime with the car breaking or something. The more you drive, the more you learn and the better prepared you are for Australia.”

On the final day of the first test, staged wet weather running is scheduled. How valuable will that time be for when you do have to run these new tires in wet conditions?
“It’s more for the tire supplier, Pirelli, to see what the tire is doing in the wet but, for sure, it will help the driver if he drives on the wet surface when we have a wet race. I think the main effort is on developing the tire, or to see if it is acceptable. By having a wider tire this year – quite a bit wider – water is going to be a bigger issue than last year, and Pirelli just wants to gain as much experience as possible before we actually have a wet race.”