Ferrari vs Mercedes vs Red Bull as knives are sharpened 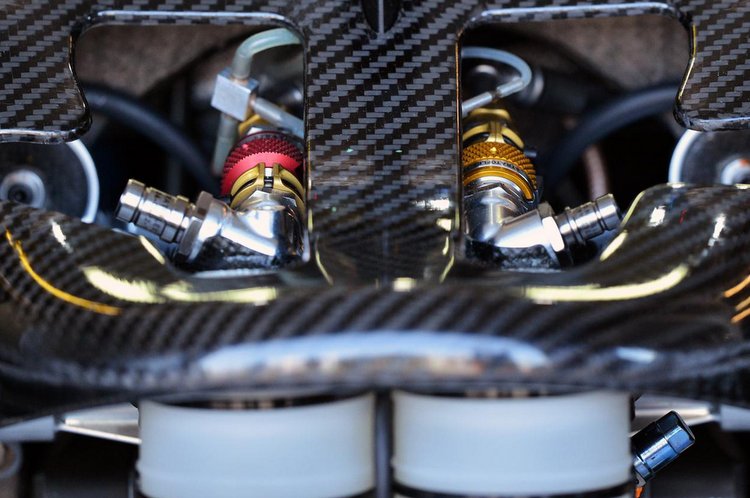 Forget the car launches – the first controversy of 2017 is already simmering and could well boil over before the Formula 1 season is officially under way when the circus sets up tent in Barcelona for the first preseason test.

A dispute that has been brewing since late 2016, it has emerged this week that Ferrari is at the centre of discussions with the FIA about the legality of Mercedes and Red Bull’s use of a suspension system that replicates the Front and Rear Interconnected (FRIC) system that was banned back in 2014.

Just over a week out from the start of testing, how the issue is resolved could have a significant impact on the early-season fortunes of all the aforementioned teams.

The system, first introduced by Mercedes during the 2016 season, uses a complex hydraulic unit to control the “heave” and roll stiffness of the car. According to Ferrari’s Chief Designer Simone Resta, the system could only be justified if it were to have a significant “effect on ride height and hence aerodynamic performance”, given its “small” impact on “isolating road disturbances” and “additional weight and design complexity.”

Ferrari is alleging such technology violates article 3.15 of the technical regulations that outlaws any moveable aerodynamic device, and has spent the past several months seeking clarification from the FIA and race director Charlie Whiting.

As of yet no action has been taken to either outlaw or confirm the legality of such hydraulic systems as Mercedes and Red Bull are employing, with a meeting of F1’s Technical Working Group (TWG) last week unable to resolve the matter.

The expectation now is that Whiting will issue a new technical directive on “pre-loaded” suspension systems before testing starts on 27 February, however such a measure will leave it up to Red Bull and Mercedes themselves to determine their designs’ legality. If Ferrari remains unsatisfied, their only recourse is a protest at the first race in Melbourne.

If a ruling is given in Ferrari’s favour, Mercedes and Red Bull could find much of their innovation consigned to the dustbin, theoretically bringing them closer in performance to the Scuderia. On the other hand, if Ferrari’s challenge proves unsuccessful, they will be left to face a damning example of their inability to match their rivals in the sport’s never-ending technological arms race.

Pressure continues to mount on Maurizio Arrivabene and co. to produce its first title-challenging car since 2012, and unless they deliver immediately in 2017, that is certain to escalate.

By their very nature, suspension systems are continuously walking a fine line between improving stability and actively affecting aerodynamic performance. Creating high levels of downforce requires a stable aerodynamic platform – which is affected by the car’s propensity to pitch and roll while cornering at speed, and in turn is why active suspension (or any passive system that emulates it) is hugely beneficial.

It follows that any car that offers more downforce through corners can take turns more aggressively, with less concern for sacrificing tyre life and performance. If the system proves legal, and even if Ferrari are able to design a similar solution, conceding a head-start of their rivals may leave them with an insurmountable deficit.

The various car launches are sure to dominate the headlines in the coming days, but this issue is still one to keep an eye on. However it plays out, there’s sure to be some animosity on the grid to kick the season off, and really, what’s F1 without a healthy dose of controversy?

Will Ferrari’s challenge be successful? Or will their cries fall on deaf ears? If it was up to you, should such systems be banned, or encouraged? Let us know in the comments below.