Ricciardo: Mercedes and Red Bull will be at the pointy end 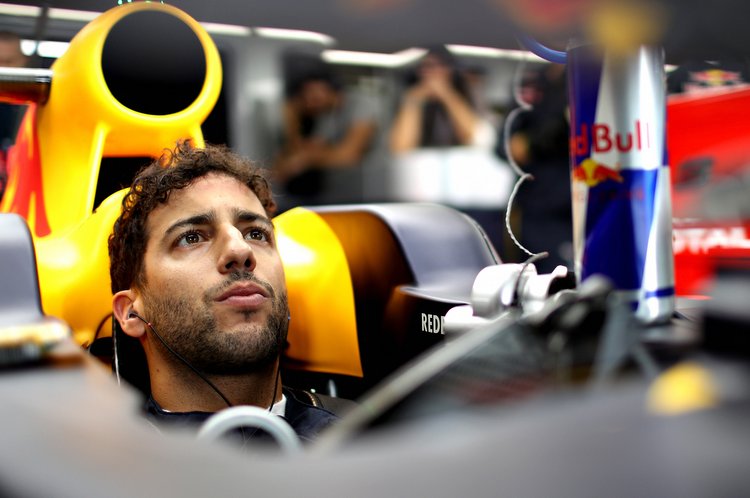 Daniel Ricciardo believes that, despite the big regulation changes, his Red Bull team and Mercedes will be title contenders in the 2017 Formula 1 World Championship, and hopes that the energy drinks outfit have the edge over the Silver Arrows.

Ricciardo told the official F1 website, “I think there will be changes, but how it alters the pecking order we’ll have to wait and see. I still believe that Mercedes and Red Bull will be at the pointy end – hopefully in reverse order to last year!

“The cars are going to be quicker, the tyres wider, so maybe on some narrow circuits it could be a bit trickier, especially with a wider car; that might make the available room for opportunity slightly less.

“[But] if you’re a fan, get yourself to a fast corner. Whatever track you’re at, find one of the quick corners to really see what we’re doing.”

“There are so few test days available. You know track time is important for the car, for development, but it’s also important for us physically.

“I know that my pre-season has been the best I’ve had in terms of physical preparation but it’s still not driving a race car. I’ll arrive fit and conditioned but the first day in the car is still going to hurt because you’re body is going through different things, things it hasn’t been through in a long time.

“You want to do the laps for yourself, so that you get that race fitness. After the reliability is settled you want to go through a corner and feel in your bottom that it’s a fast car.

“Once you do one flying lap, you get an idea. It’s just the way it brakes and turns – you just know. Hopefully, it’s a good feeling, that first timed lap.”

The season opening grand prix takes place in his homeland Australia, but he will treat the race like any other when he lines up on the grid on 26 March, “I don’t write stuff down and say ‘Melbourne I want to be on podium’ or ‘here I want to do that’, I just make sure I’m prepared for every race.”

“I’ve said it for a few years, the one thing I want to do, if it is a goal, is never leave the race on a Sunday, on a flight home, thinking ‘I should have done this or that’. I want to leave it all on the track on Sunday,” added Ricciardo who will be looking to add to his four grand prix victories this season.