Bottas: I phoned the same day Nico stepped down 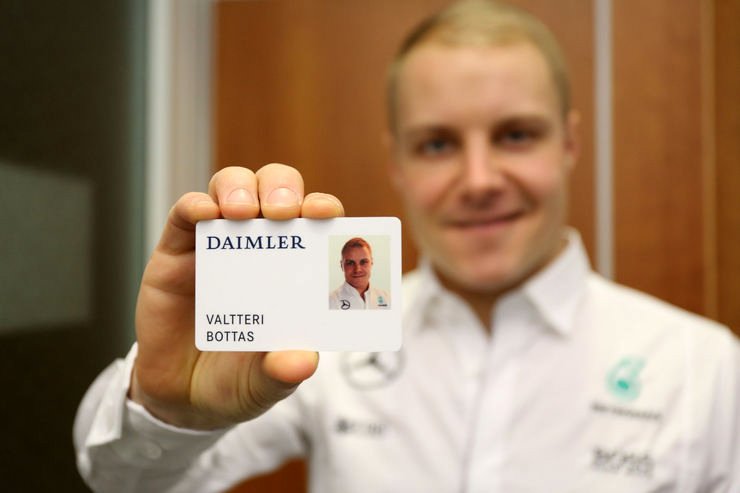 Valtteri Bottas did not wait too long before calling Mercedes to enquire about replacing Nico Rosberg when the newly crowned Formula 1 World Champion announced his retirement from the sport in early December last year.

Bottas told Auto, Motor und Sport, “I phoned on the same day when Nico stepped down. As a racing driver you always want to drive the very best car on the grid. I have made it clear to Mercedes: I want to win races and become F1 World Champion.”

It is clear that Bottas has the determination and commitment to the cause, however in his path is a substantial mountain to climb in the form of his teammate, and triple world champion, Lewis Hamilton.

Bottas is under no illusions, “It’s a huge challenge for me. On the other hand, it is also a huge opportunity. My respect for Lewis is very high, I respect his achievements and his driving abilities. For sure it will be a difficult year for me if I want succeed and meet my targets.”

The Finn believes that the new rules for 2017 make it an ideal time to arrive in the sport’s dominant team, as it levels the playing field to a certain extent.

He explained, “If I had come to Mercedes earlier, in 2016, it would have been tougher. It is good that this season the rules are new for all of us. The cars will be faster through the the corners and will feel different with the new tyres.

“It is still an advantage to know the team for a long time [like Lewis does], the working systems within the team and know how they work. I have to catch up and I know my learning curve will be steep.”

“As a race driver you have to be very sensitive. You have to be happy and relaxed in the car. Then you get the best results. I have to remember that for myself. The most important thing is to trust yourself. So far everything has worked out in my career.”

“I can drive fast, this will not just go away. What gives me much self-confidence is the great support in the team. They help me learn things quickly, they lead me. I’m not left alone.”

“If the pecking order stays the same between the teams, it would be a disappointment for me to be second. This is my attitude and mentality. As a racing driver, you always want to be in front of your team-mate.”

Meanwhile Mercedes chairman Niki Luada told Blick that the Finn is settling in well, “Valtteri Bottas is pushing hard to be ready for the 2017 season.”

“I’m always on the phone with Bottas. He wants to know everything, which is motivating me as well. He is getting full support from all of us,” added Lauda.