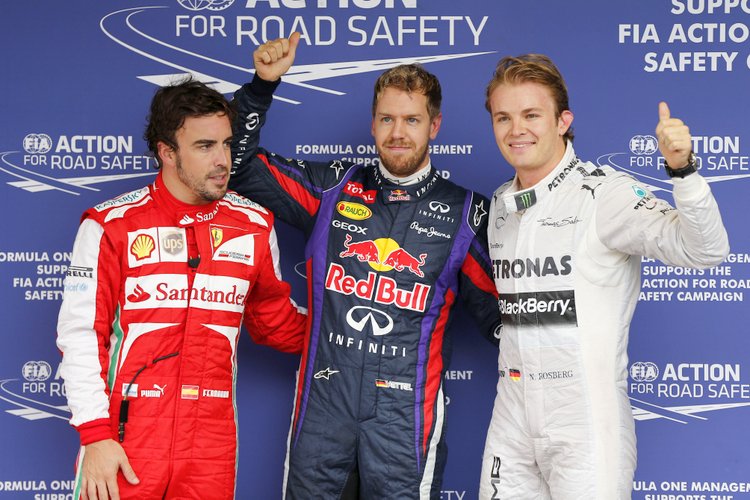 Retired Formula 1 World Champion Nico Rosberg is clearly relishing his new role on the sidelines of the sport, now he is stirring the pot by suggesting that Fernando Alonso and Sebastian Vettel should be considered by Mercedes to drive for the team at some point in the future.

Speaking to media ahead of the Laureus World Sports Awards in Monaco, Rosberg said, “It would definitely make sense for Sebastian to have a look at the Mercedes seat for 2018 and for Mercedes to have a look at him and consider him for 2018.”

“That’s obvious, he’s one of the best drivers out there and he doesn’t have a contract for 2018, so they should explore the possibility. Who knows? Let’s see what happens but it could be a good fit.”

Recently Rosberg admitted that as a fan he would enjoy seeing Alonso go up against Lewis Hamilton at Mercedes and again made no secret about it, “Of course Alonso, they need to keep him in mind.”

“Even though he’s not the youngest out there anymore, he’s still driving at his best – at least it looks like it from what we’ve seen – so he should be considered as well and I’m sure they will,” added Rosberg who last year quit the sport a mere five days after clinching his first F1 world title.

Both Alonso (McLaren) and Vettel (Ferrari) will be out of contract at the end of 2017, while Hamilton has a deal which will see him remain at Mercedes until the end of 2018.

Valtteri Bottas has been given a one year deal to prove he is the man to replace Rosberg at the Silver Arrows for the long term.