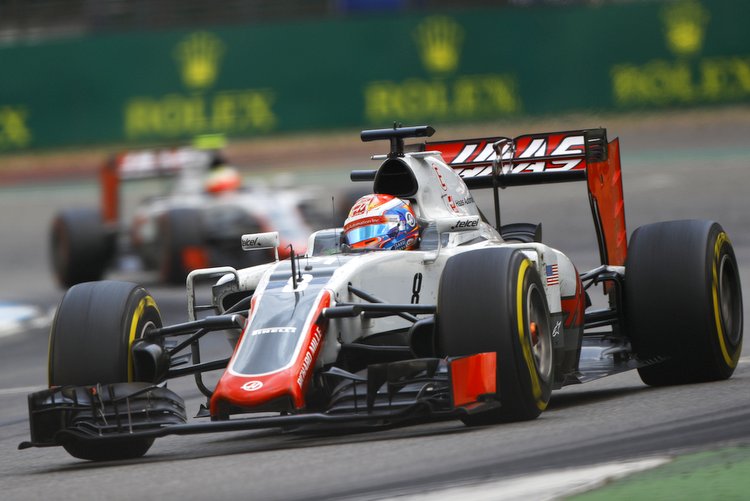 Now, it prepares for its sophomore season, aiming to advance past its strong eighth-place finish in the 2016 constructor standings.

Find a challenge. Create a good, efficient and cost-effective solution. Repeat. It is Gene Haas’ formula for success.

The serial entrepreneur and machine tool magnate enjoyed an incredible first year as a Formula One team owner. Haas F1 Team silenced the skeptics by scoring points in its debut at the Australian Grand Prix.

Veteran driver Romain Grosjean finished sixth to place the new kids on the block an unfathomable fifth in the constructor standings, buttressed by teams with decades more experience. The last time a Formula One team scored points in its debut race was in 2002 when Mika Salo finished sixth for Toyota at the Australian Grand Prix, a span of 14 years.

Grosjean one-upped his Australian Grand Prix performance by finishing fifth in the series’ next race – the Bahrain Grand Prix. Not since Shadow Racing – another American team – debuted in 1973 with consecutive point-scoring finishes by Californian George Follmer had an organization earned two top-six finishes in its first two races.

Grosjean’s eighth-place finish in the fourth race of year – the Russian Grand Prix – yielded another points haul. Three point-paying finishes in the first four races gave Haas F1 Team the distinction of earning the most points of any new team in this millennium. When Jaguar debuted in 2000 and when Toyota came on the scene in 2002, each entity managed only two point-paying finishes in their entire first seasons.

While its inaugural Formula One effort was successful, little can be taken into Haas F1 Team’s second season.

There is a new car being built under much different regulations, which includes an advanced aerodynamic package that will create a higher level of downforce via a longer nose, wider front wing, larger barge boards, sidepods being pushed out, a lower and wider rear wing and a diffuser that expands 50 millimeters (two inches) in height and width.

Adapting to these changes while simultaneously improving on its 2016 benchmark is top of mind for Haas F1 Team. It is another challenge, where another round of good, cost-effective solutions is being implemented. It’s a cycle Haas has used to grow Haas Automation into a billion-dollar company and Stewart-Haas Racing into a championship-winning NASCAR team.