Pirelli end test a day early due to Vettel crash 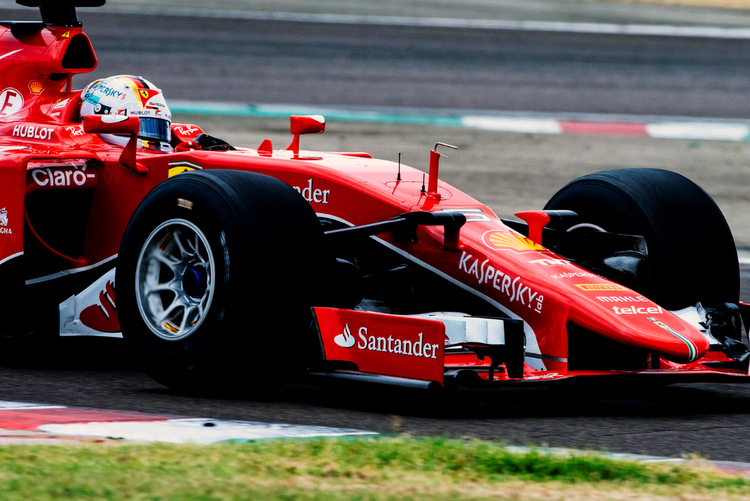 Pirelli had to cut short a Formula One wet tyre test at Ferrari’s Fiorano track in Italy on Friday after four times world champion Sebastian Vettel crashed into barriers the day before.

A Pirelli spokesman said the modified 2015 Ferrari had been badly damaged in the crash on the artificially-soaked circuit outside Maranello and spare parts were not immediately available.

Reports in Italy said Vettel had suffered some bruising but was otherwise unhurt.

The two-day test of the new wider tyres had been scheduled for just one car, with Red Bull and champions Mercedes also due to be involved in future weeks.

The teams are testing for Pirelli with modified 2015 cars to ensure they do not gain any competitive advantage for the season ahead.

Ferrari’s Italian reserve driver Antonio Giovinazzi had been due to carry out Friday’s session in the SF15-T car.

The spokesman said the lost day would be made up at some point in the future.

Formula One is introducing bigger front and rear tyres this season but there has been concern for some time about how long it takes drivers to warm up the Pirelli wet weather tyres.

The problems were highlighted at last season’s drenched and chaotic Brazilian Grand Prix in November, with Frenchman Romain Grosjean spinning his Haas into the wall on his way to the starting grid.

Pre-season testing for all 10 Formula One teams gets under way in Barcelona at the end of February with the championship starting in Australia on March 26.