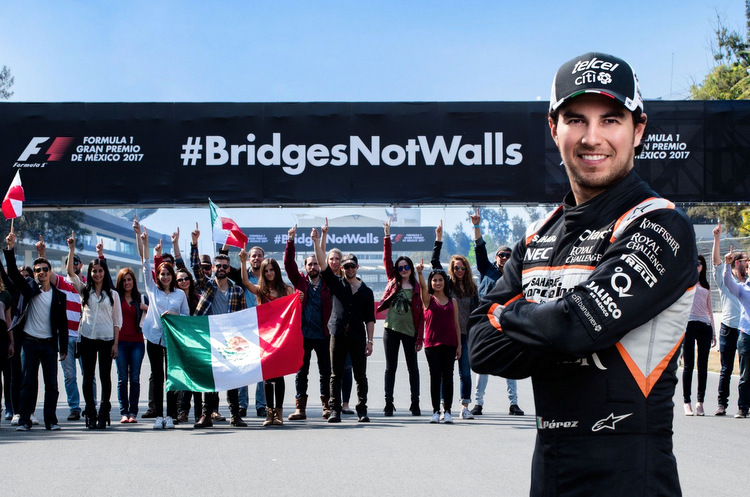 In a press release, the circuit said that #BridgesNotWalls would be “proudly displayed” and called for fans to attend the Mexican race on 29 October, which last year boasted a massive attendance of around 340,000 by F1 fans during the course of the weekend.

Perez showed his support by posing with staff with the message displayed on a bridge crossing the race track.

He said, “World class international events such as the Formula 1 Gran Premio de Mexico provide an excellent opportunity to showcase to the world what the Mexican people are capable of achieving when we work together.”

“Through this unique global platform, Mexico has been shown as a warm and welcoming destination. The 2015 and 2016 races were award-winning, 2017 promises to be even more memorable,” added Perez.