Vettel’s first day back at work ends with crash 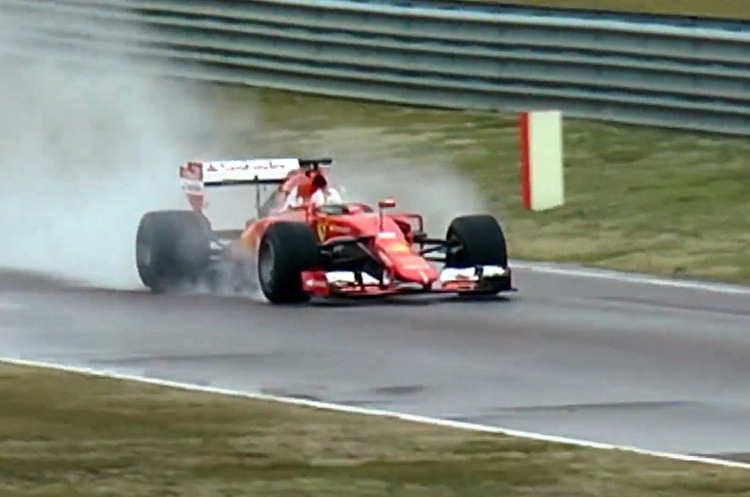 Sebastian Vettel’s first day back at work ended early after he crashed during a wet tyre test for Pirelli at Ferrari’s Fiorano circuit.

Driving the 2015 Ferrari SF15-T in staged wet conditions, Vettel crashed into the barriers entering the fast left-hander before the hairpin private test track near Maranello.

The incident happened during his warm-up lap, with Vettel reportedly suffering some minor bruising in the crash, while the impact caused extensive damage to the Ferrari so running was abandoned for the day.

Reserve driver Antonio Giovinazzi is scheduled to take over the cockpit on Friday, but Vettel may decide to resume testing duties in the wake of the short stint he did on the day.