Inside Line: Is the American approach the right one for F1? 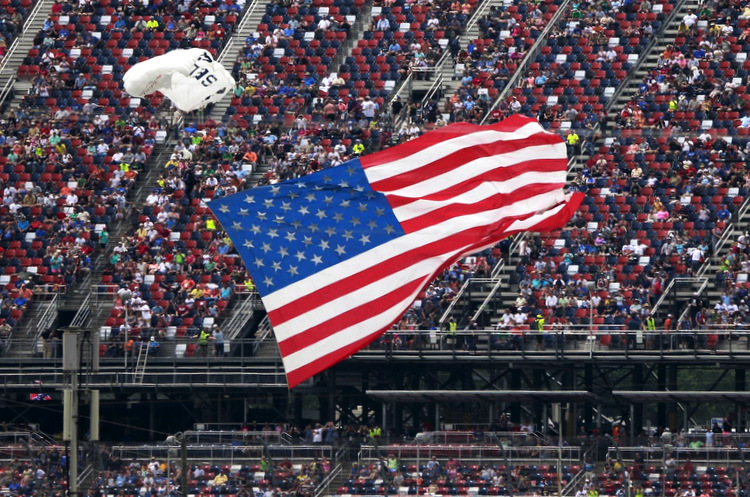 If you have even just a passing interest in sports outside of F1, you probably know that this past Sunday saw Super Bowl LI played in Houston, Texas. A celebration of everything that is American sport – bold, brash (calling the winners world champions, really?), highly commercialised, turned up to 11 – and now it might be coming to F1.

At least, that’s if F1’s new owners Liberty Media get their way. Each of F1’s 21 (or more) races will be its own “Super Bowl” – a days long, nation-stopping festival as much about what happens around the racing as the racing itself. An ambitious goal? Certainly. A good one? Probably. Cause for concern? At least according to Max Mosley.

Speaking about the current state of F1 in a series of remarks over the weekend, the former FIA president voiced his scepticism over the direction Liberty plans to take the sport, lambasting Americans for thinking “they can do everything better than anybody else”, while suggesting that “if it ain’t broke, don’t fix it”. Controversial words considering the positivity surrounding Liberty’s acquisition – but does he have a point? Well, yes and no.

If Mosley truly believes F1 doesn’t need fixing, he’s more delusional than Taki Inoue waiting for a call-up from Mercedes, and if the end goal remains to get more people watching and investing in the sport, the US offers a fairly decent blueprint. Whether you follow (or even like) American sports, there’s no denying they have the most successful professional sporting culture of anywhere in the world.

Not only do they have four major sports leagues – the NBA, the NFL, the NHL, and MLB – that are billion-dollar, money-making machines, but they also sustain multiple forms of motorsport – NASCAR, Indycar, NHRA drag racing, American Le Mans, and AMA motocross – and control large swathes of the market in individual sports like golf, tennis, MMA and boxing.

Hell, they even made competitive hotdog eating a thing. Time and again, the “American approach” has proven successful in professional sport, as much as Mosley might wish it were otherwise.

Yet while Mosley’s might be dismissive of the whole notion of “Americanisation” in F1, his remarks do provide (if inadvertently) some food for thought. The American approach – characterised by its focus on quantity over quality, media saturation, heavy commercialisation, financial equality, integration with wider popular culture and insistence on playoffs and championship deciders – shouldn’t be applied in an all-encompassing way to F1.

Sure, F1 needs more teams, but should they be as insulated from the repercussions of failure as NBA, NFL, NHL and MLB teams are? Likewise F1 could definitely benefit from a fairer and more open payout structure, but the introduction of an American-style cost cap would be disastrous for a series that prides itself on innovation. And god forbid we end up with a similar mess to NASCAR’s playoffs.

Therefore while the Super Bowl idea itself seems like a good one, it’s fair to wonder just how much further Liberty will take it. At the core of F1 is an open competition which conflicts directly with much of the way American sport is run.

If Liberty wants a few more Taylor Swift concerts and other disinterested celebs in the garage, so be it, but it doesn’t need to enforce parity or artificially create outcomes like is done stateside.

Liberty would do well to listen to its fans if it wants to find where that line of acceptability is, for an unrecognisable F1 wouldn’t really be F1 at all.