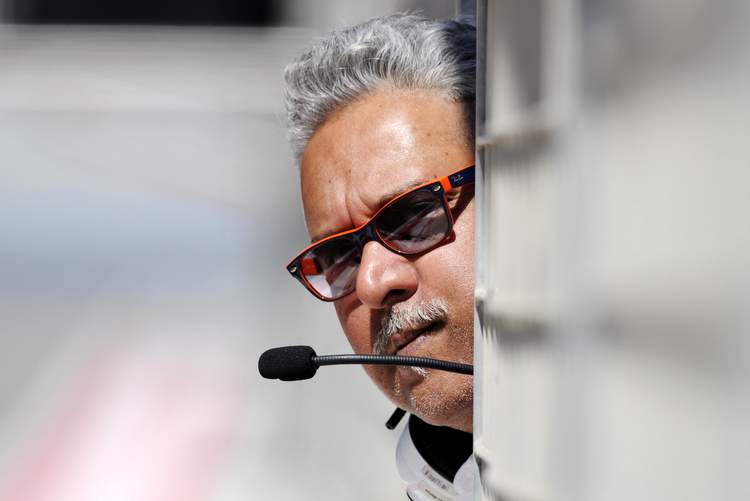 India submitted an extradition request Thursday to Britain to send back Force India F1 team owner Vijay Mallya to face trial after he fled the country owing more than $1 billion.

The foreign ministry said it lodged a formal request with the British High Commission in New Delhi after investigators demanded that Mallya be brought home to face charges of financial fraud and defaulting on loans.

“We have today handed over the request for extradition of Mr Vijay Vittal Mallya as received from the CBI (Central Bureau of Investigation) to the UK High Commission,” ministry spokesman Vikas Swarup told reporters.

“We have requested the UK side to extradite him to face trial in India.”

Mallya has repeatedly refused to appear before courts and investigators in India since he secretly fled to Britain last March, after defaulting on loan payments to state-owned banks and allegedly misusing the funds.

His financial dealings are being investigated by the CBI and federal Enforcement Directorate, a financial crimes agency.

Mallya, known for his extravagant lifestyle and who once branded himself the “King of Good Times”, was sacked late Wednesday from the board of United Breweries, the firm through which he once controlled his business empire.

He made Kingfisher beer a global brand and ran a now-defunct airline with the same name, besides being the owner of a cricket side and a Formula One team.

More than half a dozen court warrants have already been issued against his name, and he owes banks at least $1 billion.

In January an Indian court ordered a consortium of lenders to start the process of recovering roughly $1 billion in loans.