Wolff: An idea which one shouldn’t dismiss easily 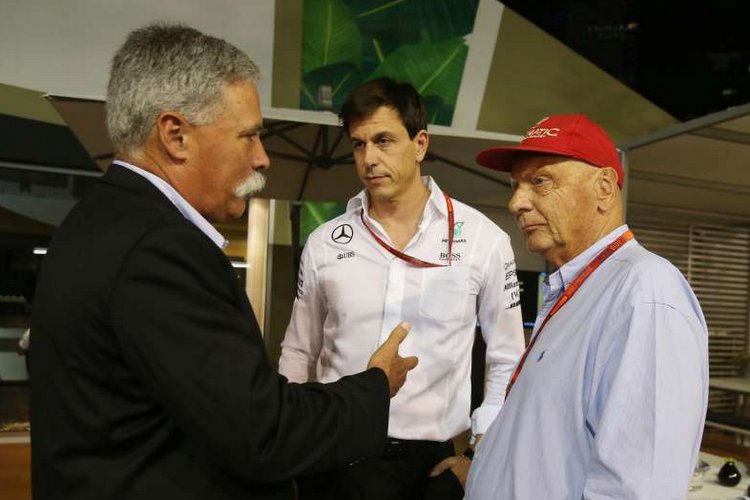 Formula 1 teams should consider Liberty Media’s invitation to take a stake in the sport and should not reject it out of hand, Mercedes motorsport head Toto Wolff said on Friday.

“This is an idea which one shouldn’t dismiss easily,” Wolff, a shareholder and team boss of world champions Mercedes, told Austrian magazine Trend.

“But in any case one must know more about the business case and our role in the whole [project]. Talks about this have only just begun and will probably last over the coming months,” added the Austrian.

Liberty Media said last month it hoped the competing teams, reduced to 10 after Manor folded in January, would buy a stake in the sport following the U.S. based media company’s takeover and had reserved $400 million of shares for them.

The shares will be retired if not issued to teams within six months of the takeover, which completed on 23 January.

Some of the smaller privately-owned teams, such as Sauber and Force India, are unlikely to participate since they operate on very tight budgets and have had cash flow problems.

Wolff also said in the interview that Liberty, which has ambitious plans to grow the sport in the Americas while also safeguarding the traditional European grands prix, should think about making races more affordable for fans.

“Liberty Media will certainly have to tackle the topic of ticket prices,” added the Mercedes motorsport chief.